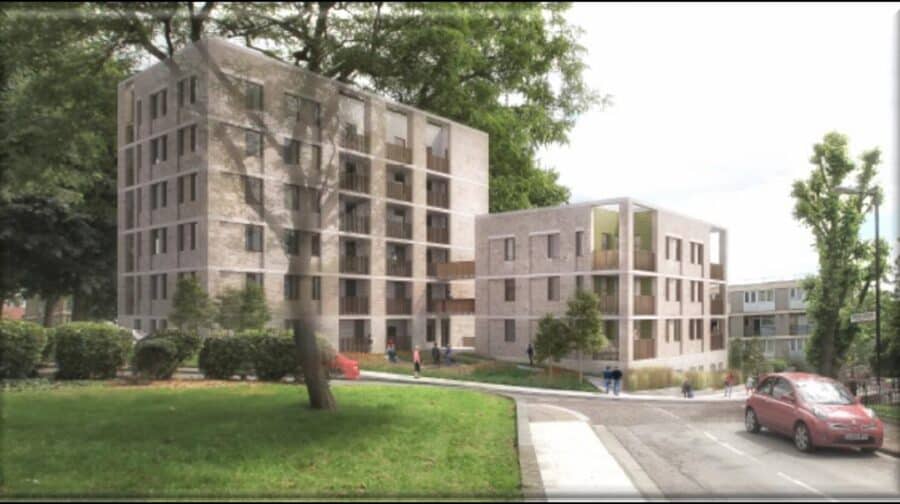 How the new homes in Rye Hill Estate will look

The six million pound project will use cutting-edge design techniques and insulation to create warmer homes with lower energy bills.

The roofs will be mounted with photo-electric solar panels to generate their own clean electricity.

“We’re proud to be supporting Southwark Council on their ambitious journey to deliver 11,000 new council homes; and projects like this – where we can implement important renewables and energy efficiency measures – assist us in our own path to make zero carbon happen.”

The two, interlinked blocks are expected to be completed within two years.

A focus on carbon efficient homes with renewable heating will be well received by anyone familiar with the pitfalls of district heating networks.

Increasingly the council is looking to alternatives to the creaking system that was designed to keep costs low.

As the News has reported, at least £350 million is needed to bring Southwark Council’s district heating systems up to scratch and to meet its environmental targets for carbon emissions.

At February’s Southwark Homeowners Conference, Michael Scorer, the local authority’s strategic director for housing and modernisation, offered apologies to the audience for heating outages on major estates throughout successive winters.

“I think that our heat networks are not in good condition and have not been invested in or maintained over the years,” he said.

The new homes are not the only ones in the pipeline despite the impact of COVID-19.

Southwark Council says its contractors have continued house building with special measures in place to protect builders and local residents from spreading the virus.

Another new site is at Daniel’s Road in Nunhead, where contractors Osborne have been on site throughout the summer.

“I was excited to see the progress made on this development which will be exclusively council housing to meet the urgent need in the borough,” he said.

“I was impressed by Osborne’s health and safety practices and their commitment to meeting the planned timescales of the project despite the disruption caused by COVID-19.”

Like the development in Rye Hill, the site is building on top of space previously used for car parking and garages.

When complete, there will be nineteen new council homes; five terraced houses and a block of fourteen flats.