The court heard that Gascoigne threw paint at the couple's address, shouted abuse through the letterbox and then later set fire to the property while they were they were having dinner on their roof terrace 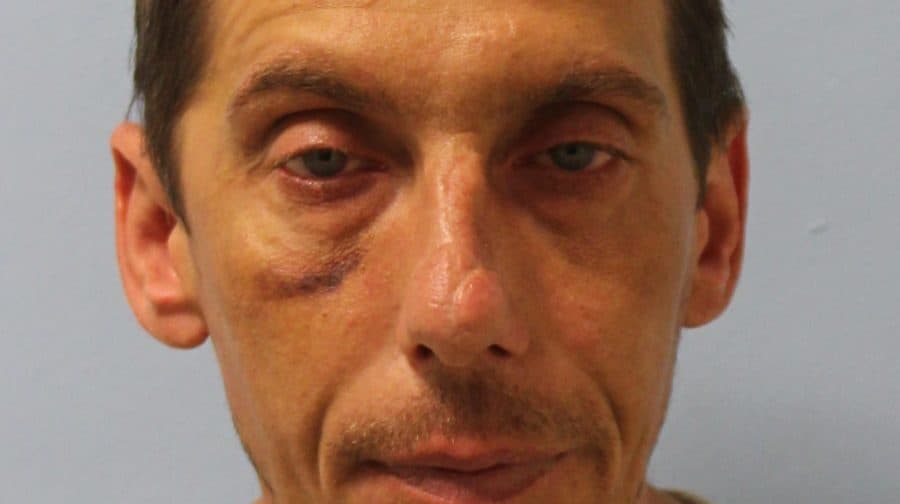 A man has been jailed for over six years after a terrifying campaign of abuse against an innocent East Dulwich couple, in which he set fire to their address.

Gary Gascoigne, 41, of no fixed abode, pleaded guilty to criminal damage, harassment and arson with intent reckless as to whether life was endangered at a hearing in November 2018.

He was sentenced on January 31 at Inner London Crown Court to six years and six months, with a further four years to be served on licence upon release.

The court heard he became obsessed with his victims, who were the neighbours of his ex-partner.

Police believe Gascoigne became mistakenly convinced that the 46-year-old woman and her 47-year-old husband had called police following a number of arguments between him and his ex-partner.

The court heard that they had not called police and had been completely uninvolved.  Despite this jurors heard how Gascoigne had began a campaign of abuse in May and June 2018, in which he threw paint and spat at the front door of the couple’s Soames Street address, as well as shouting sustained abuse at them from outside and through the letterbox.

Police said this ‘campaign of abuse’ culminated in Gascoigne setting fire to their property while the couple were having dinner with a family member, who was on his first visit to the UK. The visiting family member went down into the property from the rooftop terrace at 6.30pm on June 27, 2018.

He began shouting ‘Fire, fire’ – and when the couple came downstairs, they discovered a fire at the front door.

All three managed to escape the blaze after climbing into a neighbour’s garden.

The Fire Brigade extinguished the fire and discovered that a bottle of lighter fluid had been wedged in the letterbox and set alight, causing burns to the front door, carpet and walls.

Police say Gascoigne was identified after a neighbour came out and pointed him out as being responsible.

CCTV showed Gascoigne going up to the address with his t-shirt pulled up over his head, holding a small bottle in his hand, before fleeing and hiding down the street.

The arsonist’s DNA was also found on the lighter fluid bottle, the court was told. Following the trial he was also ordered to pay costs issued with a restraining order preventing him from contacting or going within 50 metres of the victims.

Investigating officer Detective Colin Scott, of the Met’s South Central Command Unit, said: “This could have been an entirely different investigation had the victims not been lucky enough to discover the fire quickly and make good their escape.

“Gascoigne’s actions in the time leading up to this incident were bad enough, but to then go to the lengths he did in setting a fire that could have potentially have been fatal, are almost incomprehensible.

“He has now been given a custodial sentence that will, I hope, go some small way to allowing the victims to put this horrible episode behind them.”