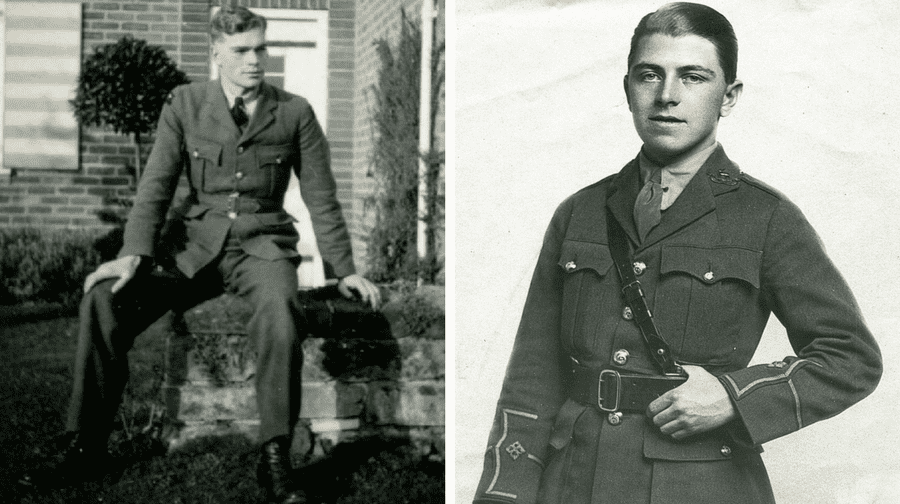 The love letters penned by a gay Bermondsey soldier during WWII have been revealed in a book.

Southwark author Stephen Bourne has unearthed the stories of gay men fighting for our country during the two world wars in his latest book, Fighting Proud.

The historian’s work, which coincides with the fiftieth anniversary of the decriminalisation of homosexuality, includes the love story of Bermondsey-born Ralph Hall and his partner Montague Glover.

Ralph was born in Vine Street Buildings, off Tooley Street, in December 1913 to wharf labourer Henry Hall, who worked in the nearby docks, and his wife Alice.

In 1930, seventeen-year-old labourer Ralph met Montague Glover, a former WWI soldier who was by then a well-established architect in his 30s.

The pair began what was to become a long-term relationship, at a time when homosexuality was a criminal offence.

“He [Ralph] came from a large family in Bermondsey and was honest and bright, though poorly educated,” explained Bourne.

“Monty was an educated and worldly man who could show his lover the kind of life many young working-class men of that time could only dream about.

“To avoid detection, working-class Ralph had to be seen to the outside world as the middle-class Monty’s manservant, his ‘employee’.”

Ralph was drafted into the RAF in August 1940 and served until he was demobbed in September 1945.

During the war, he wrote Montague about 300 love letters, some of which have been documented in Fighting Proud.

“I would rather have you with me. I was in the desert for a week and was it hell. Just sand and more sand.

“Let’s get back to the old days my dear as soon as this war is over.”

The couple remained together after the war, until Monty’s death in 1983, with Ralph surviving him by just four years.

Bourne said he wanted to document their story and many others that were “hidden or overlooked” in other books on the subject, rather than rewriting the life stories of gay he described as “icons”.

Fighting Proud: The Untold Story of the Gay Men Who Served in Two World Wars is available to buy on Amazon for RRP £17.99.

Stephen Bourne will be doing a book signing at the Imperial War Museum, in Lambeth Road, from 11am-1pm and 2-4pm on Thursday, August 10.