GCSE Results: Bacon’s College boast number of A* and A grade “clean sweeps” 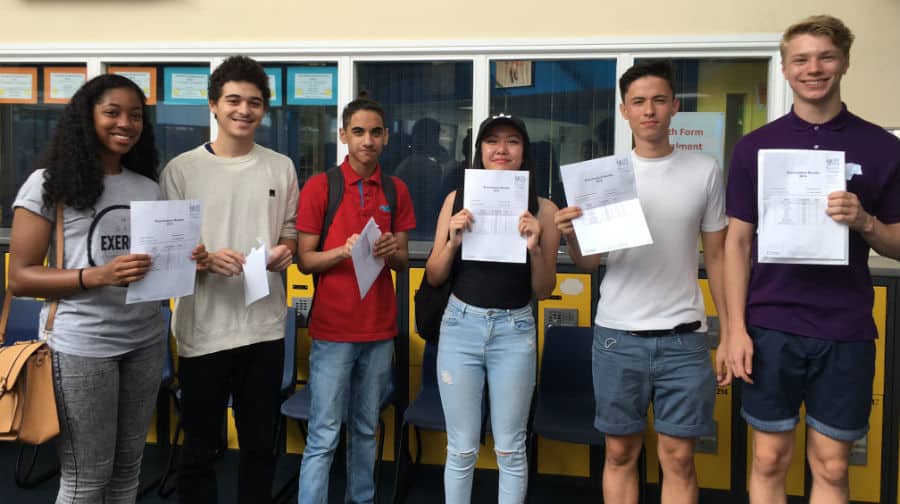 A “significant number” of Bacon’s College students have achieved “excellent” GCSE results this year, with many students boasting a “clean sweep” of A and A* grades, but overall results were lower.

Principal Chris Mallaband said: “Whilst we are disappointed that the College’s results were lower than last year we are delighted to see the outstanding grades achieved by many students – they are a credit to their families, the College and to themselves.”

Many students are said to be returning to Bacon’s for Sixth Form while others will be progressing to colleges and into apprenticeships.

Ashley Anigboro won a £500 bet with her dad

One of Bacon’s top performing students won a £500 bet with her dad over her results, and has ambitions to become an entrepreneur.

Ashley Anigboro, 16, did poorly in her mock exams at the beginning of the year which led to her dad betting her she couldn’t achieve four As.

But on results day she blew his expectations out of the water by receiving eight A*s and two As.

“I didn’t expect my results to be like that. I thought I was going to get at least five As. I’m going to do A-Levels in Maths, Further Maths, Physics and Spanish. My teacher said you had to be a native Spanish speaker to get an A* but I did it,” Ashely said.

“My dad was worried at first as my mocks went really badly. He made a bet with me for £500 if I got 4As. He was so shocked! He got me here before school opened because he wanted to know,” she added.

With her online shopping basket on Amazon already stuffed with clothes, Ashley says she has set her sights on studying at the London School of Economics before becoming an entrepreneur.

“I made a thousand pounds in year nine by starting a clothing line with a friend. We made a design and sold them online. We got a dancer to wear the clothes and made a video to put online,” she said.

“One of my ideas is to open a women’s only gym. I want to be able to retire by the time I’m 30. I want to make enough money to live but not lead a lavish life.

“I want to do a lot of development work overseas, which is one of the reasons why I don’t want to be working after 30. It would not be right to have loads of money and not do right with it.”