Among the school's success were Gabriela Boeva, who achieved a stunning full marks in her English literature papers 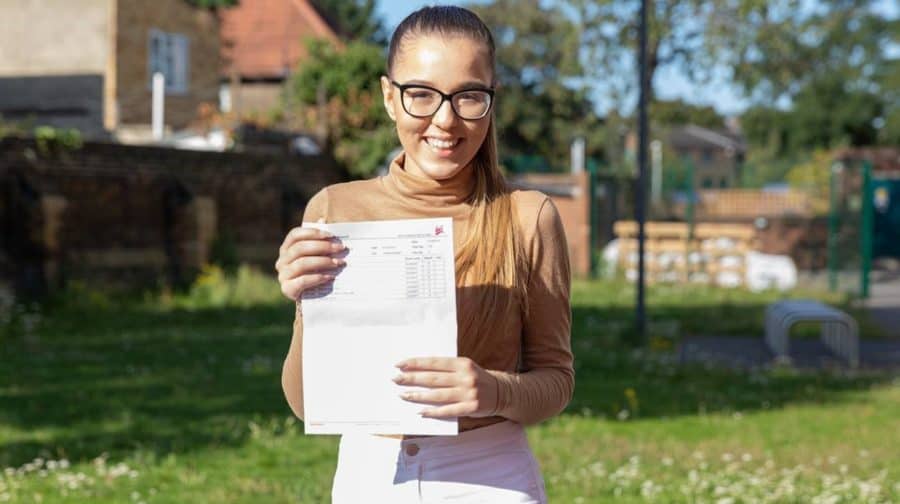 Gabriela Boeva was among the pupils toasting their success

Harris Academy Bermondsey has praised ‘another successful year’ for GCSE results today after nearly one in three girls achieved at least one top-possible grade.

41 students, nearly one in three, achieved at least one Grade 9, equivalent to an A**. 93 Grade 9s were achieved in total, including 42 in English, said the school.

Special praise was given to several star students, including Shelly He, who achieved a remarkable nine Grade 9’s, and an A in A-Level Chinese, which she sat early.

Fellow pupil Gabriela Boeva’s impressive full marks in her English Literature papers secured her a top Grade 9 in the subject, which she also matched for English Language exams.

Principal Rebecca Iles-Smith said:  “Well done to each and every one of our girls on their fantastic GCSE results.

“They have excelled across a breadth of subjects and should be incredibly proud of what they have achieved – these results are truly well-deserved.”

She added that she was ‘particularly proud’ that the school had bucked a national trend of languages decline, with all students taking a foreign language, and also added special praise for a strong showing in the school’s sciences subjects.