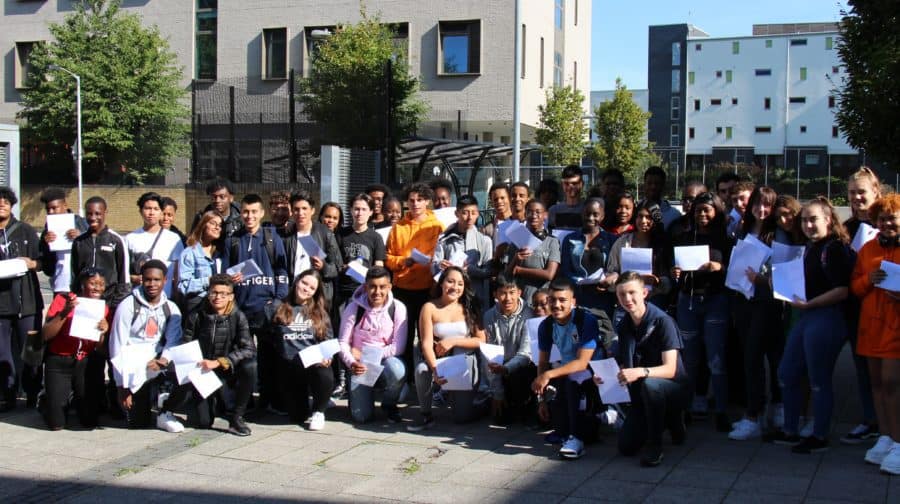 St Michael’s Catholic College in Bermondsey says it is expecting its highest-ever ‘Progress 8’ score after ‘excellent’ results at GCSE today.

The measure is a metric of how much progress pupils have made between primary school and secondary school, and will be confirmed by the Department for Education later in the autumn.

It also added that it expects to be above the national averages in ‘all key measures’ following ‘excellent progress’ made by students.

85 per cent of students were entered for the EBACC and made “exceptional progress”, said Principal Felicity Corcoran.

She added that “a significant number of students achieved grades 7 – 9 across all of their subjects” meaning a “record number” would be eligible for sixth-form entry. Among the happy pupils today were Adonai Habtom who achieved 10 GCSEs at the two highest-possible grades, 8 and 9.

“‘I’m really happy with how I did and I’m thankful for all the teachers and their support,” he said – and plans to continue studying hard to become a dentist.

Fellow student Iyayi Omoruyi’s impressive haul of seven grade 9s has also put him on the path to his aspiration of studying medicine at university, said the school.