Next battles are electoral reform and a Green Mayor for London 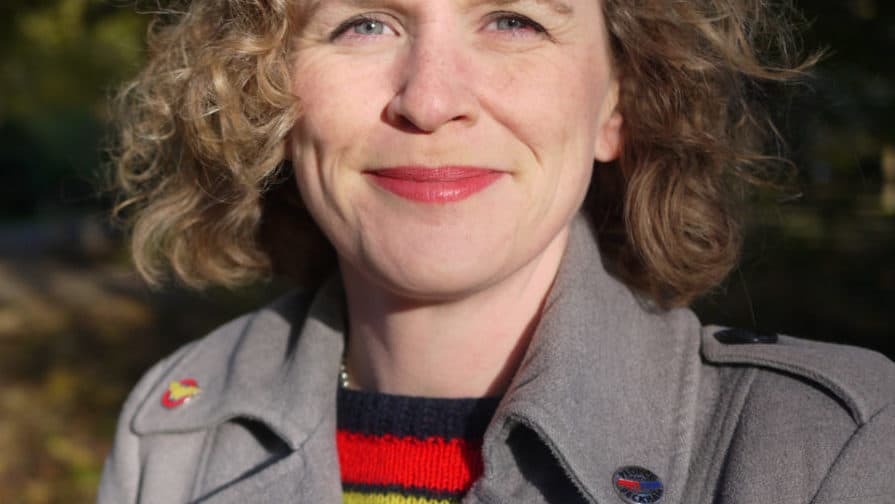 It’s a small swing but a swing nonetheless that has helped slightly dent Harman’s huge majority.

Sheppard came in third after the Tories and Lib Dems, with 3,501 votes, and increased the party’s share by around three per cent.

Over in Dulwich and West Norwood the Greens had its biggest swing in the whole country, with a share up by an incredible fourteen per cent.

Sheppard says the next battle ground is getting proportional representation and getting first-past-the-post, which works in the Tories’ favour, out.

“The support for the Greens nationally was over 850,000 votes and we’ve only been able to elect one MP,” says Sheppard.

“In the London Assembly elections, where we do have a different system (supplementary vote and additional member systems) I hope we will take the lead, and that we elect a Green Mayor for London.

“I am just really, really proud that the green party made such progress.

“The leader running really helped in this area in Southwark to raise the Green voice.

“It’s just a shame we didn’t win this time around but coming in second place now makes us a more credible option in Dulwich and Norwood in the next election.”

Labour rejected the offer to join the Unite to Remain pact. Nationally its performance was a disaster – but so was the Lib Dems.

Did Labour shoot itself in the foot when it rejected the chance to join the Remain alliance?

“It would have been better if Labour got in with the pact, they wouldn’t have been in the same situation.

“It gets us nowhere. We all have to work together. I’m hoping now people can see past the tribalism.

“We all have a similar outlook and challenges. We haven’t got time to muck about.

“It is hard when the Tories get in with a majority, especially when you like at seats like Kensington, there are dozens of similar examples, where an eye for an eye means everyone ends up blind.”

Although Helen Hayes has blamed the Lib Dems for splitting the left vote, Sheppard thinks Labour’s refusal to give way to anyone else, and internal fighting, created their downfall elsewhere.

On reflection, given the Green’s didn’t gain any more seats but did join with a party that actually lost its own leader’s, did the Lib Dem’s pledge to revoke Article 50 scupper both their chances?

“Jo Swinson saying she wouldn’t go into a coalition with Jeremy Corbyn didn’t work. Most people are sick of tribalism.

“Revoking Article 50 was a bold choice. A referendum would have been be a clear and concise answer. But now we won’t have that.”

And, she warns against blaming everything on Brexit: “A general election is never a single issue vote.”

Sheppard thinks a Green Mayor for London is possible, and says the experience of standing has only inspired her to carry on supporting the Greens.

“My heart is in my boots but I feel really proud to have ran for the Greens who I think have been decent, and kind, and hard-working people. It is really heartening to see.

“It is good for the soul to stand shoulder to shoulder with people who share your values.

“I hope after what’s happened in this election more people will now join the party.”