General Election 2019: “To lose to Neil Coyle is still losing to a Remainer” says Lib Dem candidate… after previously saying there was no such thing as a Labour Remainer 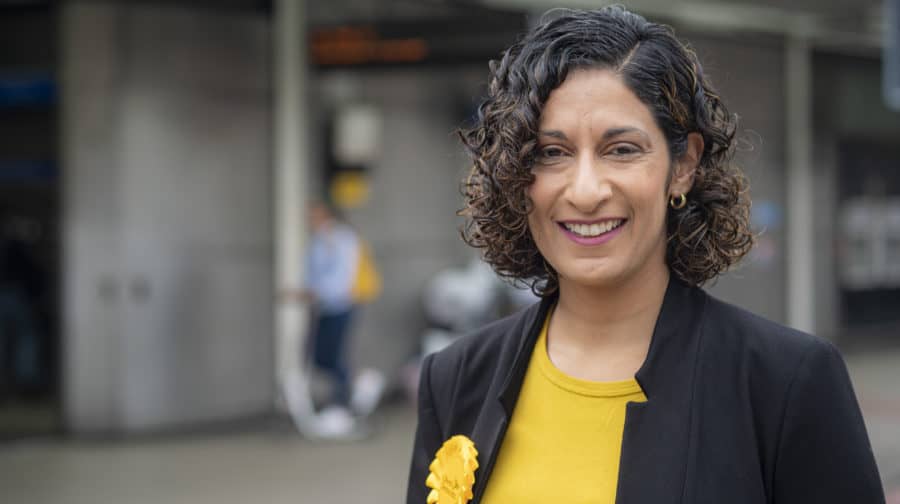 Humaira Ali says at least she’s lost to a Remainer, claims it’s far from game over for the Lib Dems in Southwark, and admits the Article 50 campaign messaging “pissed off” voters.

Given she had once been odds-on favourite to take the seat, was last night’s exit poll a shock? “In the last few days it was becoming very obvious that we were being squeezed.

“We really put up a good fight to the end,” she says, downplaying the result in what was a key target Remain alliance seat.

“Because our policy is to stop Brexit, right towards the end we could see that we had to beat the Tories more than beating Labour.”

In a pre-election interview with this newspaper, Ali refused to accept voting for Labour was a vote for Remain even though Neil Coyle is one of his party’s strongest Brexit critics.

“We are the only party of Remain,” she had said.

“Labour aren’t on a Remain manifesto and if you’re standing for a political party, you stand on that manifesto.

“So irrespective of [Neil’s position], I would say there’s no such thing as a Labour Remain MP.”

But when asked about the impact of failing to take on Coyle she now backtracks and says she’s telling herself and her team that it’s not so bad as: “to lose to Neil Coyle is still losing to a Remainer.”

Despite this remarkable volte-face, something clearly went very wrong with the Lib Dem’s national campaign.

So what happened in Bermondsey and Old Southwark?

“People were saying that they really missed Simon and wanted the Liberal Democrats back,” she says, but is open about the challenge of competing with Coyle’s profile.

“I’m new. I thought I’d have two years to knock on doors and for everyone to get to know me, but then there was a snap election.

She says the party took St Albans because it was “more stable” with a candidate who had a longer political history in the constituency. The Liberal Democrats’ Humaira Ali at the count

She argues that it’s very difficult to get a local vote – rather than people voting for the national party – when between 40 and 45 per cent of people “move in and out within one year”.

Despite the disappointment of seeing Coyle increase his majority, the Lib Dems still came second with a very respectable share.

Ali gained over 15,000 votes despite being a relative newcomer as a councillor, and having previously never stood as a parliamentary candidate. It’s a strong achievement and will certainly give her a boost.

She says she is looking forward to working with Coyle going forward.

“I am so thankful for my team, the councillors, and all the members and volunteers who canvassed for me.

“We’re not like Labour and the Tories with their union backing or their big business cash. We have to fundraise for everything. And I’m very grateful to those candidates who stepped aside.”

Although Labour still has a grip on Southwark, with all three MPs and the council, the national picture is one of devastating loss.

Did rejecting the Remain pact seal its fate?

“Labour insisted on fighting every seat and put their party first above the country,” she says, blasting Labour’s “self-entitled culture”.

Simon Hughes didn’t mince his words when asked where it all went wrong for the Lib Dems today – though he has since rowed back on some of those comments.

Does she agree with his skewering of Jo Swinson’s leadership?

“Simon is incredibly experienced and his position is very, very strong. He did say at our conference that we were rushing into it. I would say it slightly differently.”

She believes  the national media made it all about the Tories v Labour and that although Jo Swinson is “incredibly resilient” she wants to call out what she says has been “sexist and misogynistic” personal criticism by the press and public of the leader.

But does she agree with Hughes’ comments?

“I might have campaigned with a different angle, but I’m not going to say much more than that.”

Does she accept committing to revoking Article 50 turned voters against them?

“On Article 50 the messaging was all wrong. We co-founded the people’s vote and in the event of an overwhelming majority we would revoke.”

“The primary aim of this has always been a people’s vote. But normal Lib Dem voters were pissed off and leavers who used to support Simon were annoyed.”

Ten years ago the Lib Dems were running Southwark Council in coalition and had one of the safest seats in politics in Bermondsey and Old Southwark.

Now their remaining councillors are clinging on north of the borough. But are they now a spent force?

“Not at all, not at all,” she maintains.

However, she accepts the seat was “there for us to win. The style of campaign didn’t help and we should have won.

“In the end voters reverted to Labour and their message that they needed their vote to keep the Tories out.

“But I challenged Neil at the hustings and I’ll openly challenge him again. The policies coming out his mouth are Lib Dem policies. You are in the wrong party Neil!

Ali says she’s had support from staunch Labour voters and that today’s result is “by no means” the end of the party.

“If Liberal Democracy is dead then why do people agree with what we say?”

“We were always going to have a residual vote fall away because I’m not Simon Hughes.

“This is the start of the next era within Southwark.

“We are very much here and holding Labour to account. Council U-turns have already been made.

“We are here loud and clear.”

Southwark NewsNewsGeneral Election 2019: “To lose to Neil Coyle is still losing to a Remainer” says Lib Dem candidate… after previously saying there was no such thing as a Labour Remainer