“I am not a Lib Dem or Labour or Tory, I’m not an anything but if I lived in Bermondsey I’d vote for Simon,” Hugh Grant said 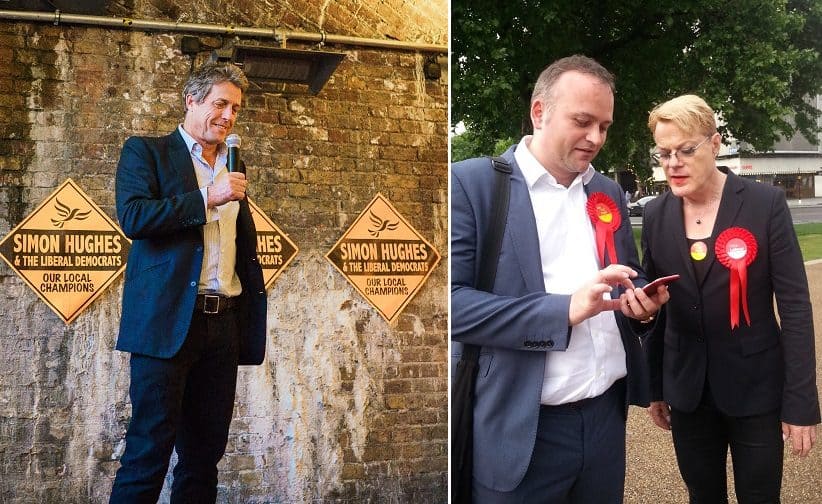 Liberal Democrats and Labour have pulled out the big guns – actor Hugh Grant and stand-up comic Eddie Izzard – in a last attempt to woo voters before polling day.

Eddie Izzard was out in Elephant and Castle canvassing for Labour’s Neil Coyle on Friday.

One activist told the News: “This was Izzard’s third visit, as he came down twice before during the [2015] election campaign.  He specifically asked to come down.”

Although Hugh has said he is not all for the Lib Dems, Labour or Tories, he “admired” Simon Hughes’ work in campaigning for a more accountable newspaper industry in the wake of the phone hacking scandal and the Leveson Inquiry.

Hugh said: “I am not a Lib Dem or Labour or Tory, I’m not an anything but if I lived in Bermondsey I’d vote for Simon.”

Polling stations across the borough will be open today (June 8) from 7am, and close at 10pm. Results for the three Southwark constituencies are likely to be confirmed from 4am on June 9.

Other candidates for the constituency are: