George celebrated his 100th with his wife Betty, 88, whom he has been married to since 1953 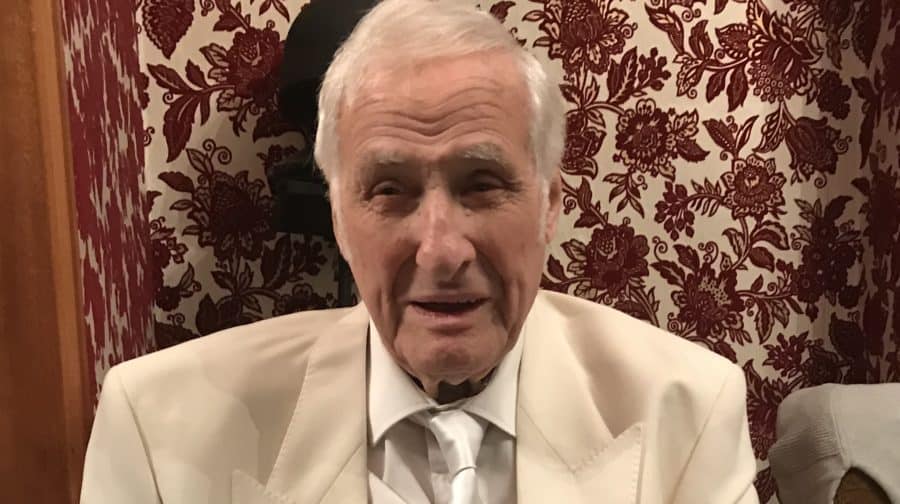 The secret to a long life is always taking your tablets – according to a Bermondsey man who has recently celebrated his 100th birthday.

George Filkins, who has lived in Bermondsey all his life, celebrated the milestone on December 21st at the Dickens Inn, alongside his wife of 67 years, Betty, and family and friends.

So what’s the secret to a long life? “All the tablets I’m taking,” laughs the great-grandfather. “I’ve got a pacemaker as well.

“I don’t take too many liberties with myself these days. I used to drink, but not so much now.”

He started off his career as a page boy for the RAC in Pall Mall, he says, before joining the Army at the outbreak of WW2.

Then he opened a shop on the corner of Monnow Road, near to where he was born and grew up.

“It wasn’t very successful,” he laughs. “It didn’t really work out because of rationing.”

He took a different tack by working in the docks for two decades, and eventually leaving the docks to work as a messenger for a stockbroker in the city, before rising to head of department. He retired when he was 78.

There’s been a tremendous amount of change in Bermondsey over the past century, says George, who has two sons, four grandchildren and two great-grandchildren.

“I think it was a much closer-knit community when I was a kid,” he said.

“Around the church [St James], everything happened around the church. There was a woman there, I think they called her the grey lady because of the uniform. She ran it, and everything went on around there – it was a different atmosphere then, even in hard times.

“The Blue, all of that was a busy market, all the side streets they had stalls too. It was a sort of a night out if you went down there because all the shops were open quite late.”