Get behind the Peckham Coal Line 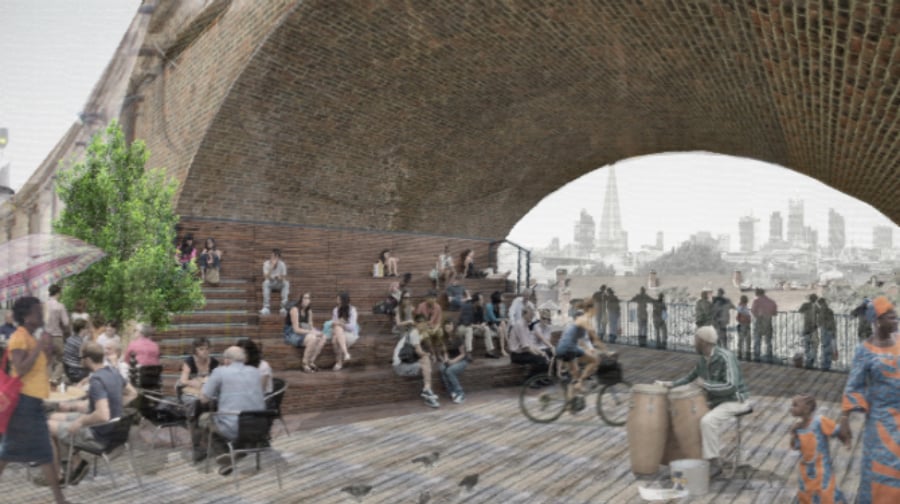 Plans to build a park on a section of disused railway line running over Peckham will only be kept on track by a show of public support, according to the campaign group who got the idea off the ground.

In November last year the News reported on the fledgling proposals from Peckham architects, Nick Woodford and Clyde Watson, to create a city park inspired by the High Line in New York, which follows an old goods line through lower Manhattan.

The Peckham Coal Line would start off over seven metres in the air at the Ricketts sidings by Peckham Rye station, a track which currently runs parallel to the ‘live’ line, and the 900m promenade would then gradually slope down to ground level to join Kirkwood Nature Reserve and come out behind Queen’s Road station.

The park would also link up with existing ‘green ways’ running between Canada Water and Queens Road and at the other end, Holly Grove and Ruskin Park, linking up swathes of south east London.

A core team of ten people are now involved in helping to bring the park plans to life, including professional fundraisers and transport specialists.

With landowners Network Rail on board in principle, Nick and the team are now crowd funding to pay for a feasibility study.

“It’s not just about the money,” said Nick who lives in Grove Lane, Camberwell. “It’s really vitally important to show that there’s public support behind it. If people think it’s a good idea, let other people know as well, because you don’t know who might be able to help. As important as the donations it’s about spreading the word,” he said.

The feedback Nick has received from the Peckham community has so far been “really, really positive” he thinks largely because people can tell it’s “something quite genuine.”

“We’re just a group of residents who have got together and pooled their skills to change their neighbourhood,” said Nick.

For more information on the proposed Coal Line or to donate, visit www.spacehive.com/peckhamcoalline