Steph and Dom Parker, known as the “Posh Couple”, took part in the abseil to raise money to fund vital equipment 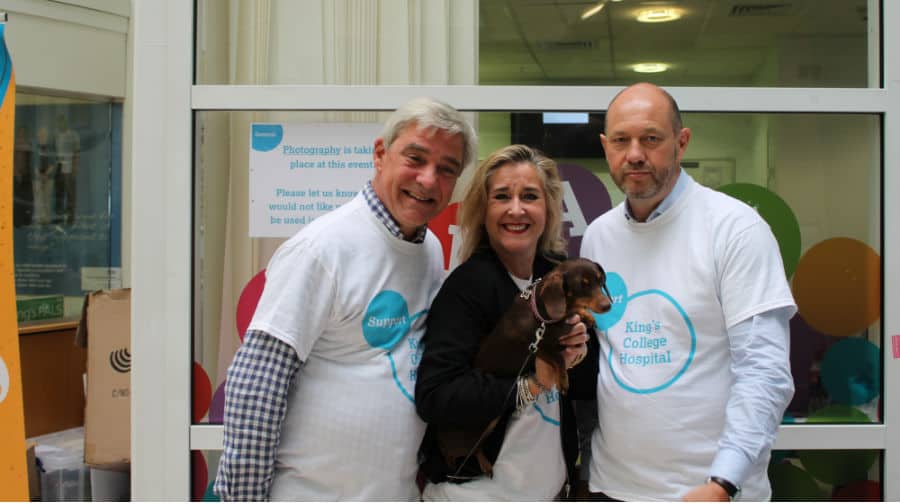 Steph and Dom Parker, known as the “Posh Couple”, took part in the abseil as their 15-year-old son Max has epilepsy and has been treated at King’s since he was diagnosed aged four months.

The couple said: “We’re delighted to support King’s College Hospital where our son has been treated by the brilliant Dr David McCormick.

“Fundraising for the hospital helps fund life-saving equipment, life-changing research and better facilities – above and beyond what the NHS can provide.”

The celebrity duo were joined by 81-year-old Nora Higgins from Peckham, who received surgery for skin cancer last year.

Nora said: “Being diagnosed with skin cancer, especially of the face, is really scary. You think you’ll be scarred for life, but not so!

“I was a nervous wreck when I had my first appointment but the friendliness, the empathy and the dedication of the whole team was inspiring and reassuring. I cannot thank them enough.”

Around 100 patients, supporters and staff abseiled 100ft down the hospital’s Golden Jubilee Wing.

Lord Kerslake said: “This event perfectly showcases the dedication of all our supporters and staff.

“All the money raised will go back into our services so we can continue to provide excellent care for our patients in the environment they deserve.”

For information about taking part in next year’s abseil, or supporting King’s, visit supportkings.org.uk or call 020 7848 4701