‘Goldilocks and the three burglars’ strike on the Aylesbury estate 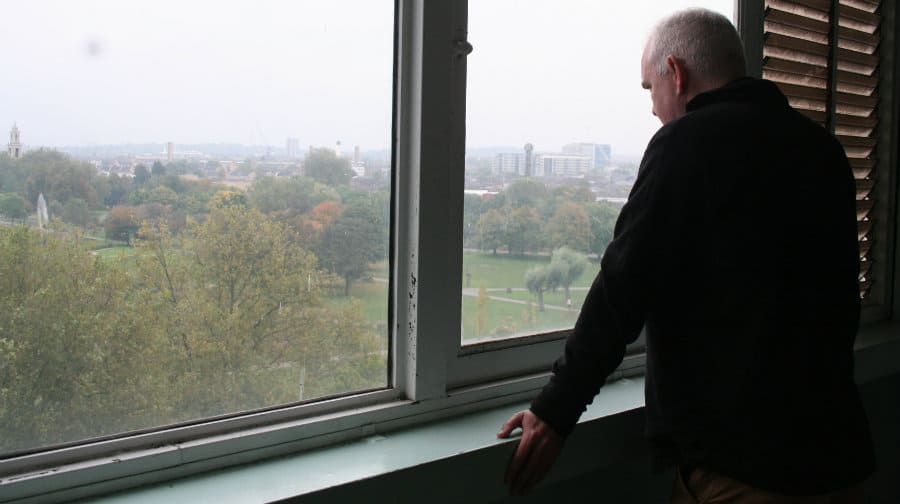 The last man living in an otherwise deserted block on the Aylesbury Estate came home to find wet washing strewn all over the flat, a stranger’s toothbrush next to his and his towel, now used, drying on the radiator.

Mr Kerrigan, who does not want to give his full name, has called for Southwark Council to tighten security around his block after the ‘Goldilocks’ incident earlier this month, when his home of 27 years was broken into, with the intruders making themselves right at home.

“It was very weird,” said Mr Kerrigan, “To see a toothbrush there next to mine. They had a bath and used my towel. I was in shock, to be honest with you.”

Mr Kerrigan called the police, whom he says advised him to bag up all the imposters’ belongings and put them outside the flat with a note which read: ‘To whom it may concern, I live here. Please do not break in again.’

A few days later the professional poker player left his flat to go and send an angry email to the council, having had no response to him reporting the security breach. While he was detailing the ineffective security on the fenced gates surrounding the estate, the three bears returned, and this time, they took everything.

Father-of-two, Mr Kerrigan, 46, arrived at his front door in the Bradenham block to see three men walking towards him with his television, stereo and guitar.

He asked them to stop and while one of the burglars felt sorry for him and handed over his guitar, another became aggressive and when Mr Kerrigan tried surreptitiously to call the police in his pocket, they snatched his phone and swung a metal chain at his head.

Mr Kerrigan escaped unhurt and the three men made off with his stuff, unbeknown to the security guard posted on the gate.

“The lights were out on the corridor, so from the security gate to the flat it was pitch black. My fear is they are still living here somewhere. It’s pretty daunting to walk around,” said Mr Kerrigan. “I think there should be more security.”

It is not uncommon for Mr Kerrigan to see rough sleepers coming out of the bin cupboards and earlier this month he even sent a picture of human faeces in the middle of his corridor to Southwark’s cabinet member for regeneration, Mark Williams.

“It doesn’t feel like my home anymore,” said Mr Kerrigan, whose family have lived in the area for a hundred years.

Mr Kerrigan is the only man left on Bradenham, because he has so far refused the council’s offers to purchase his property so they can knock the block down as part of the estate’s proposed regeneration. “I don’t want to give up, but when I go in there it doesn’t feel like home,” added Mr Kerrigan, who is now asking Cllr Williams to ensure he is safe in his home, which has also not had heating or hot water for the last few weeks.

Cllr Mark Williams told the News that it was “unacceptable that the remaining residents on this phase of the Aylesbury do not feel safe in their own homes and we will be looking at what we can do to strengthen security while we wait to get full possession of the site.

“In the meantime we are close to reaching an agreement with Mr Kerrigan, which we hope means he will be able to move out of the otherwise empty block soon and in the meantime we are working to make sure he remains as comfortable and safe as possible including fixing the heating problem and making the area more secure.”