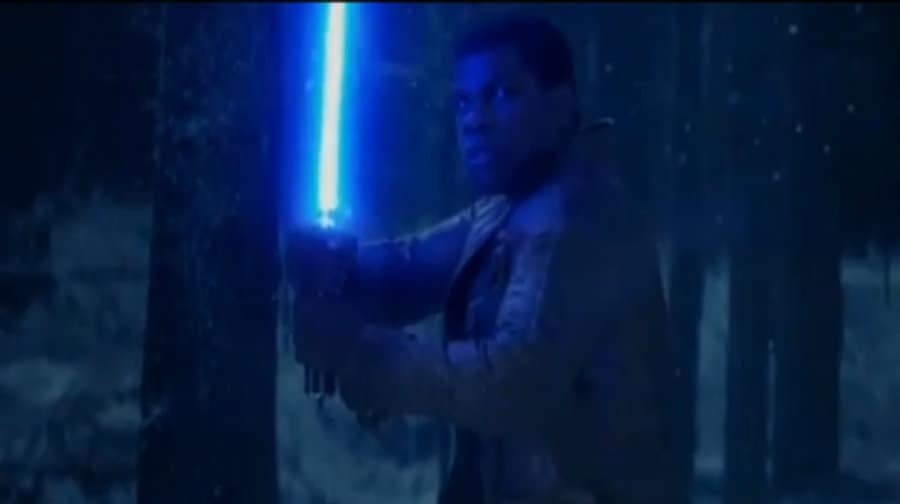 The Theatre Peckham student was cast as a Jedi called Finn in the seventh instalment of the super-galactic franchise last year.

Since then the snippets of the film posted online have caused a stir – a teaser released in December depicting Boyega as a stormtrooper sparked racist responses online to which the Sceaux Gardens actor replied: “To whom it may concern… get used to it!”

Boyega’s central role in The Force Awakens has been confirmed as he stars in yet another teaser trailer posted on Instagram last week, where he is seen holding a blue lightsabre in the dark.

The short video on the official @StarWars Instagram page shows a terrifying army of storm troopers, before cutting to a stunned-looking Rey (Daisy Ridley) alongside new droid BB8.

John Williams’ Imperial March plays as we then see the Darth Vader-esque Kylo Ren (Adam Driver) powering up his ragged red lightsabre and then a close up on Boyega, gripping his Jedi sword in readiness.

The Force Awakens is set 30 years after Return of the Jedi and is due to be released in December.