Chelsea pensioners, the Mayor of Southwark and a pair of donkeys all turned out for the free family fun day 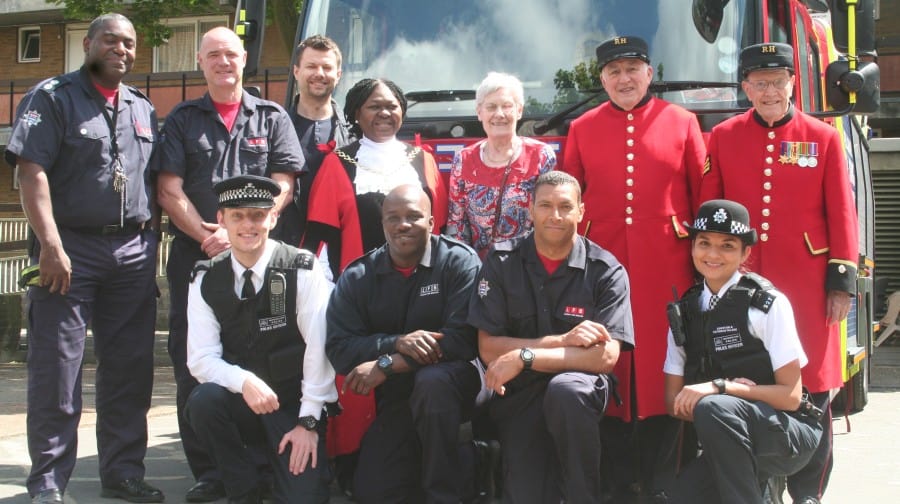 Buster and Tommy the donkeys kicked off a VE Day party at the Elmington Estate on Saturday and worked their asses off all day long.

They weren’t the only entertainment at the old-fashioned knees-up with a wartime sing-a-long, punch and judy shows, a bouncy castle and the Chelsea Pensioners in attendance.

The new Mayor of Southwark, Cllr Dora Dixon-Fyle opened the event in Benhill Road, Camberwell, which had been organised by Chair of the Elmington Tenants’ and Residents’ Association, Val Fenn, to mark Victory in Europe Day last month.