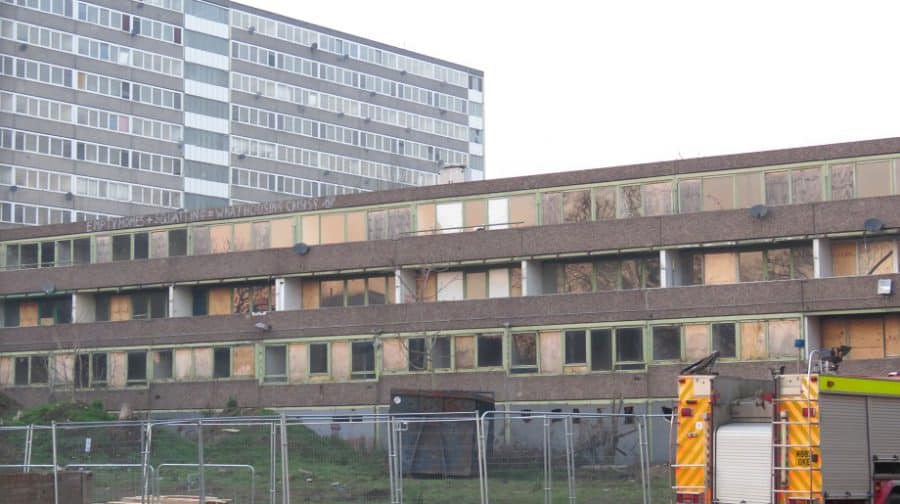 Plans to force remaining leaseholders off the Aylesbury Estate have been set back to square one, after the government backed out of a court challenge by Southwark Council.

The government announced its U-turn on Monday, saying it would not defend itself in a court hearing, planned for May 9. The judicial review at the Royal Courts of Justice would have given Southwark Council a final shot at overturning the government’s rejection of its controversial compulsory purchase order (CPO).

There are seven leaseholders still left on Phase One of the estate, which includes the Bradenham, Chiltern, Chartridge and Arklow blocks. Some 442 tenants and 35 leaseholders had left, but the last seven have stood in the council’s way of its plans to entirely demolish the four blocks.

Those leaseholders found themselves at loggerheads with the council after repeatedly refusing the compensation offered to them in return for their homes. One of the remaining seven, Judi Bos, was last offered £270,000 for her flat. Another leaseholder who would not like to be named was offered less than £200,000.

__________A map of the Aylesbury Estate regeneration, phase by phase

It took the secretary of state for communities and local government Mr Javid more than two years to make the shock decision in September, after the council first applied for its CPO in 2014. He argued the compensation offered were too little, and would “contravene” leaseholders’ human rights, as they would be forced to leave the area to find new homes.

Southwark had also offered shared-equity deals on new homes, but the Mr Javid had argued that the offer would still have left them with “considerable economic, social and environmental dis-benefits”.

The government, leaseholders and council had been readying themselves for court battles ever since.

The News asked Mr Javid’s department if the decision was in anyway linked to the snap general election, but no response was received.

The latest twist in the story means effectively that Southwark and the last few leaseholders are back to square one. Southwark will have to re-apply for another CPO of the homes, if negotiations between the leaseholders and the council cannot end in agreement.

Southwark Council leader Peter John said: “We are really pleased that the secretary of state has quashed his previous decision, and will now allow us to hold a new CPO inquiry. We remain committed to regenerating the Aylesbury Estate for the benefit of local residents.”

A statement from the council said a Consent Order will now be agreed with the government, and will be forwarded to the case’s interested Parties (Aylesbury leaseholders, their legal representatives and the 35% Campaign) for agreement.  If the Court decides to quash the decision, the secretary of state will arrange a new public inquiry to decide a new CPO application.

Jerry Flynn, of the 35% Campaign who have fundraised for the leaseholders’ legal bills, told the News: “Southwark Council have not got possession of the leaseholders’ homes. The secretary of state has not granted Southwark the CPO they applied for. We look forward to the opportunity of making a thorough examination of any CPO application at a future public enquiry.”

The council’s contractor Erith has already begun demolishing parts of the estate that have been cleared of tenants in phases One and Two, while having to avoid damaging the sections of the blocks still used by the seven leaseholders.

The overall budget for redeveloping the two western sections of the estate stood was £49.1m.

But due to the struggle it has faced in clearing  Phase One and Two, Southwark had made public its plans to budget an extra £3.4m to “assist with early buy-back for leaseholders in phases Three and Four, avoiding long delays for leaseholders who wish to move on”.

The council aims eventually to redevelop the entire 1960s estate with 3,500 homes managed by Notting Hill Housing Trust (a net increase of 1,200). 50 per cent of which will be a mixture of social-rent and shared-equity. The other half will be sold privately.

A request for comment has been made to Department for Communities and Local Government.

Councillor Anood Al-Samerai, leader of Southwark Lib Dems, said: “[We] remain deeply concerned that regeneration projects, such as the Aylesbury Estate, are forcing residents out of the area. We will continue to fight their corner.”

“We remain committed to regenerating the Aylesbury Estate for the benefit of local residents” (whom we’ve been trying to violently push out of their homes in exchange for a pitiful, token ‘compensation’? Or is this the ‘local residents’ we’ve brutally incarcerated behind prison-like fences? Or the local residents who won’t be able to go back to their homes on the Aylesbury Estate because there’ll be fewer ‘social rented’ homes? Or the ‘local residents’ who’ll end up having to pay higher rents once Notting Hill does the ‘regenerating’ (unless of course they don’t build the amount they’re meant to)?