Save Southwark Woods delivered their objections in person to Southwark Cathedral 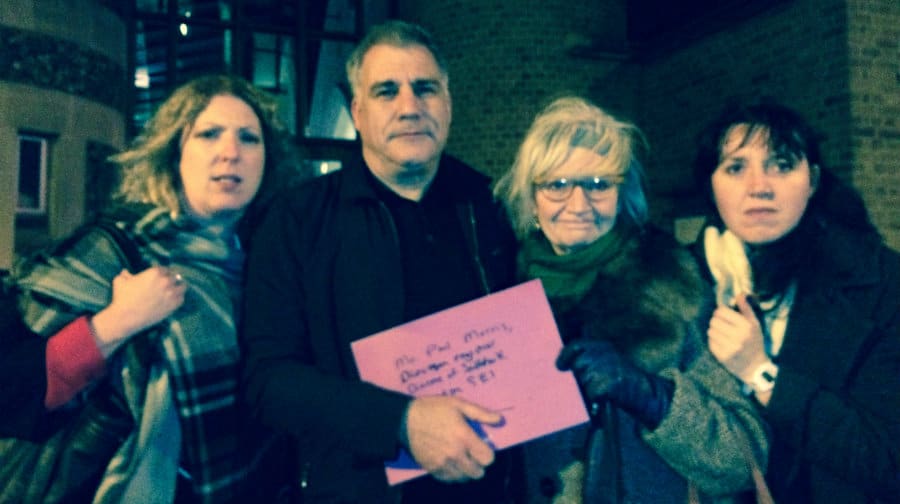 Members of Save Southwark Woods deliver their objections to the Southwark Diocese. Lewis Schaffer (centre left).

A grass-roots campaign has appealed to the church to block Southwark Council’s plans to turn naturally occurring green spaces in the borough’s cemeteries into thousands of new burial spaces.

Last month the council provisionally approved the plans but to fell trees and clear the land in the cemeteries Southwark Council must get permission from the Church of England as it is consecrated land.

The Church will only accept written letters as objections and only until November 25 so on Monday night campaigners from Save Southwark Woods delivered their objections in person to Southwark Cathedral in the hope it would halt the proposals for 4,856 new graves.

Blanche Cameron, of Southwark Woods, said: “We are asking the Church to stop these wasteful, ugly and dangerous plans. We want the cemetery to revert to nature, with respect for the dead. Councils should be protecting all the trees we have for a healthy future for our children, not one felling them for burial space.”

“On the basis of the information brought before the Diocesan Advisory Committee when this Faculty was applied for there was no reason not to recommend the scheme to progress to the next stage.
“The matter is now in the hands of the Chancellor, who will take all comments, both for and against the scheme, into consideration before rendering any judgement.”

Cllr Darren Merrill, Southwark’s cabinet member for environment, previously told the News: “The simple fact is that if the council takes no action, burial space in Southwark will run out in 2017.

“We have engaged extensively with London Wildlife Trust and the local community, to ensure that the plans for managing the cemeteries improve biodiversity and create quality open space for local people, as well a respectful place for the deceased.”