Developer has stated intention to build homes on the redeveloped site 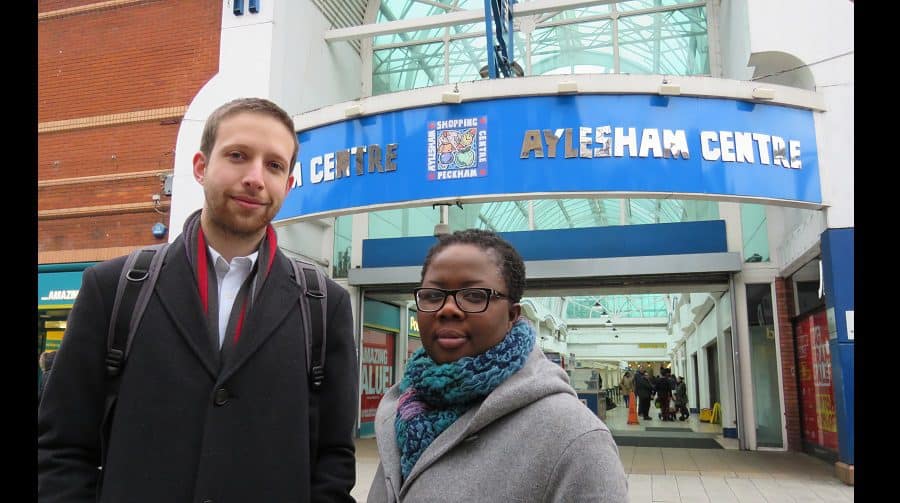 Social activists in Peckham are hoping to influence Tiger Developments, the company behind the Aylesham Shopping Centre regeneration, into building something ‘the community wants’.

Grassroots organisation Peckham Citizens will run a public consultation with 1,000 local people in parallel with work by the property developer.

Their first move was to send forty members to a public meeting on November 23, where consultants for Tiger Developments talked through ideas for the redevelopment.

It was revealed at the meeting that as well as a new shopping centre, hundreds of new homes in a  building “up to 20 storeys tall” could be built. There were also suggestion that student accommodation, a hotel, and leisure or gallery spaces could be built.

Citizens’ organiser Calum Green told the News the Aylesham had become their “new priority” after campaigning on other local issues.

He added that Peckham Citizens interviewed 1,000 local people in 2015. Their research revealed that “genuinely and permanently” affordable housing and well-paid jobs were what locals wanted most for Peckham.

Winifred Obese-Bempong, an outreach worker with Christians Against Poverty and Peckham Citizens member, feared for the businesses in the Aylesham.

Winifred said: “I spoke to a lady in an African material shop in the Aylesham. She had no idea the Aylesham was being knocked down. We must not let this side of Peckham be driven out.”

Peckham Citizens will hold a workshop on January 21, where local residents can learn about town planning, safe guarding jobs, affordable housing, and facts about viability. Calum said: “The workshop will form the basis of working out four priorities for the regeneration. And this year we are going to get 1,000 photos of everyone people who want to be involved in our consultation, which will be more powerful than a petition.”

A spokesperson for Tiger Developments’ development director, Graham Hayden-White, said he had received the invitation from Peckham Citizens and hoped to attend their meetings on January 21 and further meetings in February or March.