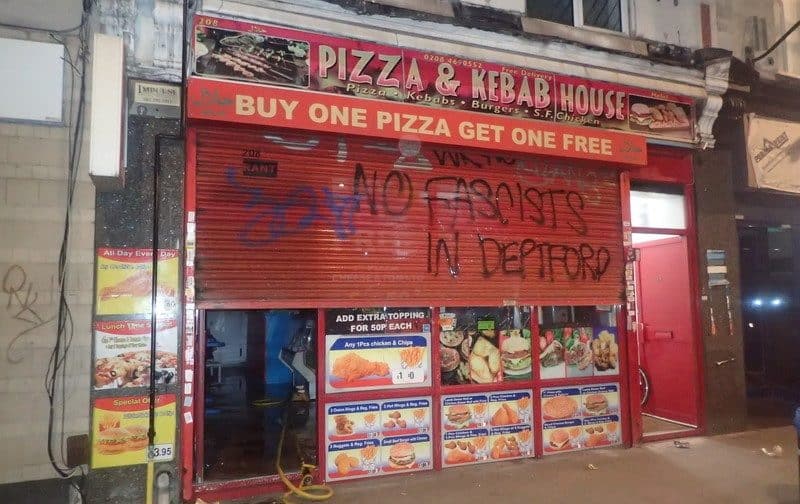 The fire is thought to have been spread by heavy grease in the extractor system (Image: London Fire Brigade)

A fire at a Deptford takeaway on Monday night is believed to have been caused by a charcoal grill, spread because of an extraction system clogged with heavy grease.

There were no reported injuries at Pizza and Kebab House on Deptford High Street following the blaze at around 11.30pm.

Part of the ground floor of the pizza joint was damaged by the fire. A member of staff raised the alarm and left before the Brigade were on the scene.

Three people from flats above the takeaway also escaped from the fire prior to firefighters arriving. Around 25 firefighters and four fire engines rushed to tackle the fire.

The London Fire Brigade says the fire is a warning to restaurant and takeaway owners to make sure their extractor systems are clean, otherwise they are at risk of spreading fires.

“We’d like to remind restaurant and takeaway owners to make sure they don’t have dirty ducting,” said a spokesperson.

“If you don’t clean your extraction system regularly, you’re at a greater risk of ducting fires.”

The fire was under control shortly before 12.30am on Tuesday morning. Crews from Deptford, Greenwich and New Cross fire stations attended.