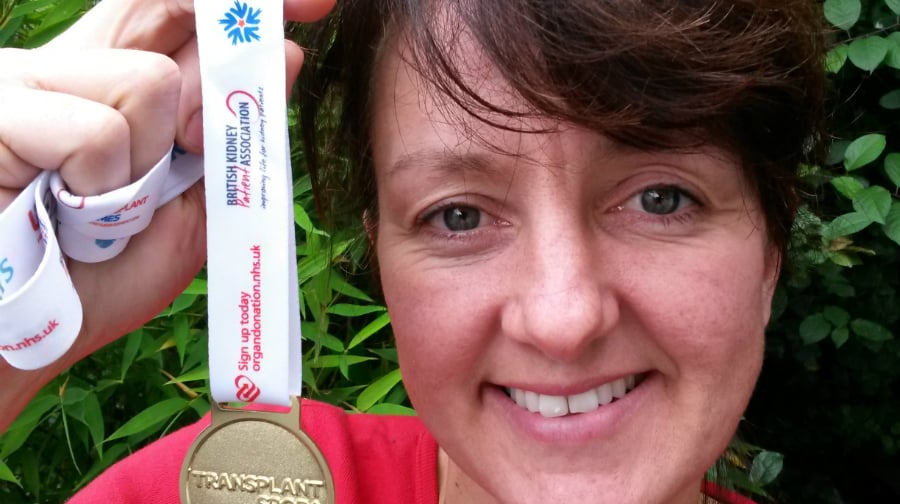 A woman who donated her kidney, her eggs and part of her liver to total strangers, won a gold medal at the British Transplant Games on Saturday.

Sue Gianstefani, of East Dulwich became the second person in the country to donate part of her liver to a stranger earlier this year and is possibly the only person in the UK to have made multiple altruistic organ donations.

Accepting organs from a stranger, or an altruistic living donor, was illegal in the UK until 2006 because of concerns that people could be coerced or offered financial incentives to undertake the surgery.

Now it is possible to donate your organs or parts of your organs to total strangers without ever meeting the recipient.

On Saturday Sue took the plunge and swam a relay race at the British Transplant Games in Gateshead, Newcastle, with three other living donors and they won a gold medal with a time of three minutes and seven seconds.

“It was just amazing,” said Sue, 47. “It was a really great experience and emotional for everybody,” added Sue who had her medal presented by a woman whose daughter had died and had her organs donated.

The sporting competition was set up in 1978 to promote transplantation and get more people on the NHS Organ Donation Register.

This year was the first year living donors have been officially invited to take part and Sue hopes awareness of altruistic donation will be now increase as a result.

“For the first time I felt part of the British Transplant Games ‘family’. It was very special to be able to be involved and I’m very thankful for that opportunity,” said Sue.