Dense ivy acts as a barrier, by catching pollutants inside its leaves. 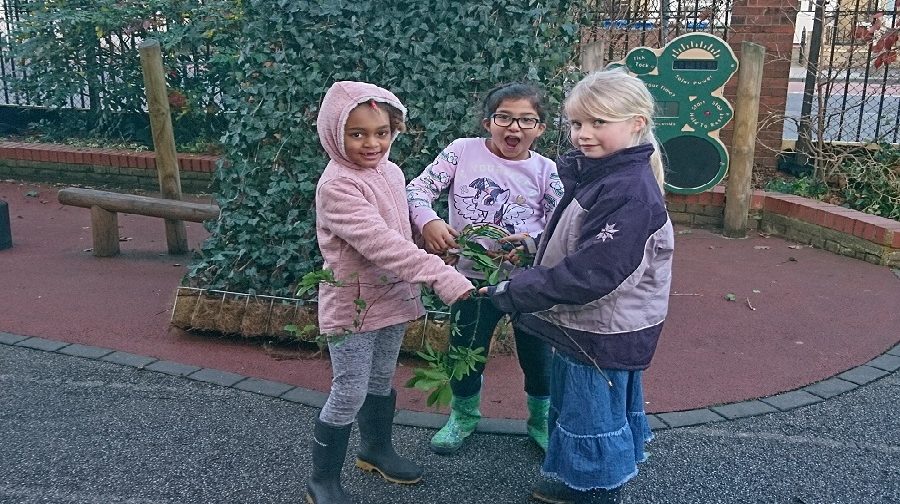 Air pollution levels in an East Dulwich playground have halved since a ‘green screen’ was put up a year ago.

Goose Green Primary and Nursery’s 2.2 metre-high and 80-metre long ivy fence was built in February 2018. The dense ivy acts as a pollution barrier, by catching pollutants inside its leaves.

A survey shows that nitrogen dioxide – NO2 – levels inside the playground have gone down by 48 per cent since the screen was put up a year ago.

This means the playground now falls within the EU’s legal limits for NO2. Levels inside the screen are also 52 per cent lower than current readings on roads nearby.

The state academy has received £6,000 funding from Sadiq Khan’s Greener City Fund to improve air quality around the school, which is bordered by busy main roads. Last year, it became the first state school in London to install air purifiers.

Now the school will continue planting green barriers around the school’s perimeter and entrance as to create a clean air garden, with the added benefit of helping insects and birds.

Some plants have the ability to clean toxins from the air we breathe, like air filters, through a process called phytoremediation.

Kimberley Hickman, the leader of the school’s clean air garden’ project, says: “We are delighted with the air pollution reductions that we are starting to see in the playground.

“We are now more aware than ever of the air quality issues we face, and the policy and behavioural change required to rectify it.

“But while we wait for long-term change to take place, we have to take action now for the sake of today’s children who would otherwise, through no fault of their own, suffer from long-term consequences.”

Children are particularly vulnerable to the health effects of dangerously high levels of toxic air pollution.

Research shows that exposure to particulate matter – the type found in exhaust pipe fumes – can reduce their lung capacity by up to seventeen per cent.

No new schools should be built near busy roads as is currently still the case!!