If there’s anything the three Green Party candidates standing in Southwark are united on, it’s air pollution – and the belief that the country needs a different kind of politics. Eleanor Margolies, standing in Camberwell and Peckham, wants to see a new Clean Air Act with includes incentives for drivers to scrap diesel cars. “We ... 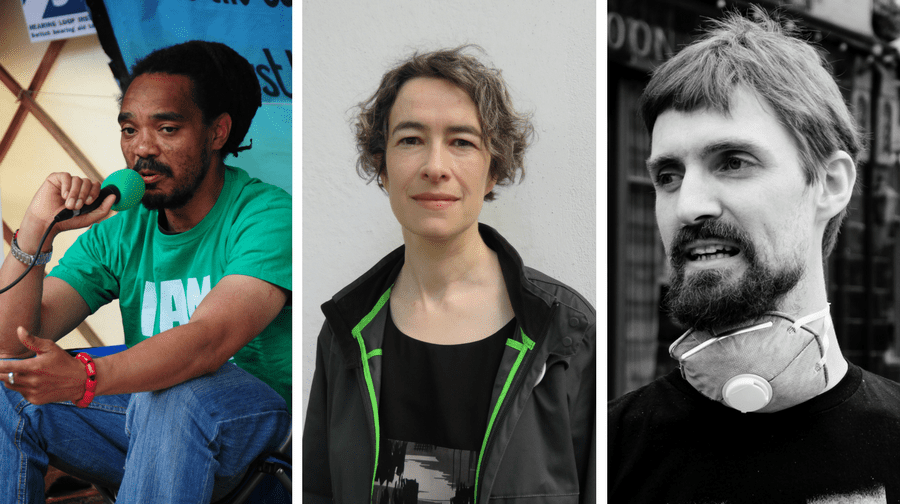 If there’s anything the three Green Party candidates standing in Southwark are united on, it’s air pollution – and the belief that the country needs a different kind of politics.

“We need local action and national action on air pollution,” said the co-chair of Southwark Green Party, who has lived in Camberwell and Peckham for fifteen years.

Dr Margolies, a writer, researcher and local  campaigner, would also like to see more done to improve transport, education, policing, and council scrutiny, if elected.

“Transport is a huge issue here,” she said. “We would look at reopening Camberwell Station and opening a second exit at Denmark Hill, which is so overcrowded, and putting in lifts at Peckham Rye Station.

“On education we could get rid of university tuition fees, so there’s not that perceived obstacle of going to university and ending up with huge debts.”

She would like to see increased scrutiny of the council when it comes to knocking down housing estates and “selling land to developers at very low costs” – and had said she would represent any constituents thrown out of their home if elected.

Rashid Nix, who is contesting the Dulwich and West Norwood seat, would like to see the Ultra-Low Emission Zone extended to include the constituency.

If elected, his main priorities would include building homes for local people, protecting the services that young people use such as libraries and play parks, drilling down into the root cause of knife crime, and supporting independent businesses.

“Never be fooled into believing a Green vote is a wasted vote,” he said. “Last year nearly 27,000 people in Lambeth and Southwark voted for me as their Green candidate in the Greater London Authority elections. Every time Greens get votes, the other parties adopt our policies. That’s how politics works.”

Mr Nix added that he would hold a public inquiry to find out why people were evicted from railway arches in Atlantic Road, Brixton, if elected.

He has joined marches for the EU and against racism, and campaigned about local housing and air pollution.

Mr Tyson is strongly opposed to the austerity cuts, which he feels have seriously damaged our social services, emergency services and public facilities.

“I believe that our communities, and our local businesses are the bedrock of our society, and I would support new engagement services, and business rate reviews, that allow people to live, work, and have fun in their local area,” he said.

He wants people to vote for him because he feels that he represents a caring and inclusive version of politics and strongly believes that the future needs politicians who are engaged with their constituents.