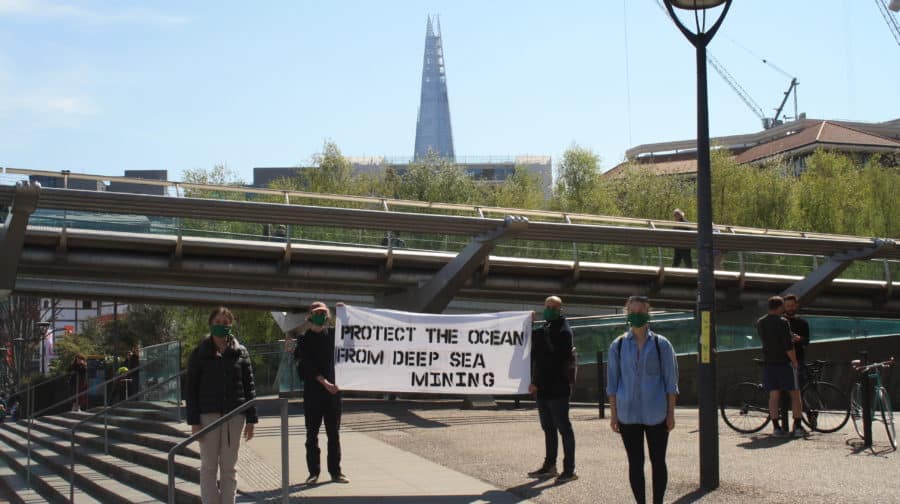 Greenpeace volunteers from Southwark called for the government to protect the ocean from deep-sea mining at a protest in Bankside last month.

Over the weekend of 24th-25th April, volunteers demonstrated outside the Tate Modern as part of a national campaign to lobby the government to back a ‘global ocean treaty’ that would protect a third of the world’s seas from exploitation including mining to source minerals like cobalt and nickel.

Alex Barty-King  from Peckham who joined the protest said: “The deep sea might seem a world away from our city-living in south-east London, but in the year that the UK hosts the UN climate negotiations, we have a chance to prevent the needless destruction of our oceans.

“We’re sending a message to the UK Government that they need to take ocean protection seriously, and end their support for deep sea mining.

“Greenpeace Southwark has been campaigning for years for oceans protection, such as by hosting a photo exhibition last year to showcase the beauty of our oceans.”

A UK government review into deep sea mining is scheduled to conclude in July. So far, there has been little research into its ecosystems and the impact of mining – and regulation and effective international legislation is only just catching up. However, past licences have been granted by the UK  for exploration in the Pacific.

Campaigners say deep sea exploration and mining not only threatens fragile ecosystems but also undermines the livelihoods of communities in the Pacific Islands, threatens fish stocks and risks disturbing vast deposits of carbon stored in the ocean which would be released into the atmosphere, contributing to global warming.

A coalition of environmental groups believe at least a third of the world’s ocean coverage needs to be protected, and are calling for a ‘global ocean treaty’ to set this in stone with a network of ocean sanctuaries.

The International Seabed Authority (ISA), has yet to finalise its code of conduct and regulations for areas outside any national jurisdiction.

The UK government claims any licenses previously given out for exploration are for a maximum ten years before requiring a review by the secretary of state, and required thorough environmental evidence.

A government spokesperson said: “The UK is playing a crucial role in ensuring that strong environmental standards are upheld in the growing deep sea mining industry.

“We have agreed not to sponsor or support the issuing of any exploitation licences for deep sea mining projects until there is sufficient scientific evidence about the potential impact on deep sea ecosystems, and strong and enforceable environmental standards have been developed and put in place by the International Seabed Authority.” 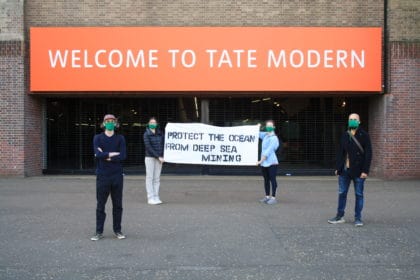