'It’s the principle of stealing from a charity which is so wrong – how can you do that?' 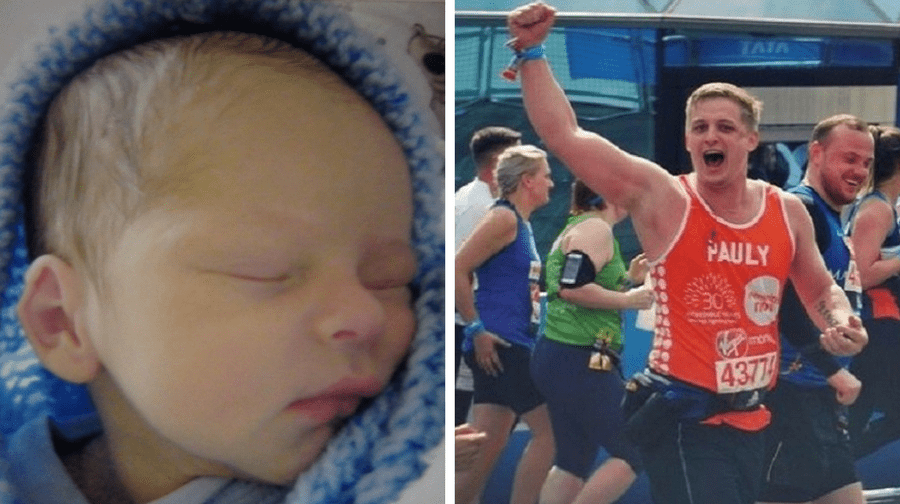 A grieving father has been left “disgusted” after someone stole a charity tin full of donations collected in his baby’s memory.

Paul Taylor’s son Oliver was just three weeks old when he died from meningitis in January 2011.

The 30-year-old has been on a fundraising drive for the last three years – and it became his mission to make other parents aware of the symptoms of the disease to stop it from happening to another family.

He has already raised £5,000 in memory of Oliver by completing four marathons and a cycle challenge from Liverpool to London – and he kept a charity collection tin at the Old Dispensary, in Camberwell New Road, which was stolen before he had the chance to empty it.

“He was in and out of hospital and had just had these symptoms like cold hands and cold feet and this lump on his finger and his chest and restlessness,” said the hospitality worker.

“He was on antibiotics for those little things, which was probably actually disguising the cause.

“The day before he died they changed his medication and we woke up the next day and he had passed away.

“After the autopsy we found out he had bacterial meningitis in the brain.”

Mr Taylor said his son Frankie was five at the time and his daughter Ava would have been just two.

“Frankie saw what was going on so I think it’s affected him more,” he said. “Ava talks about Oliver, but Frankie doesn’t.

“I have found it hard to come to terms with things, had major downs, and wanted to leave this place, but special people have been here for me – my kids, family, friends, my amazing partner, and also the Meningitis Now team.”

It is believed the charity tin contained about £30-50 and was stolen from the Old Dispensary at about 8.50pm on Tuesday, August 15.

“I’m just disgusted to be honest,” said Mr Taylor. “There are thieves in the world, but you are stealing from people who are using their hard-earned money to donate to a charity.

“It’s the principle of stealing from a charity which is so wrong – how can you do that?”

“As a charity who receives no government funding, the money we raise goes directly to helping and supporting families and individuals affected by meningitis,” he added.

“We won’t let this one disgraceful act dampen our spirits – we have such wonderful supporters like Paul, and we are constantly amazed by people’s kindness and generosity.”

A Met Police spokesperson confirmed the force was investigating the incident.

Anyone with information is asked to contact police on 101 quoting reference number 3024402/17.

For more information about the Meningitis Now and to donate visit www.meningitisnow.org