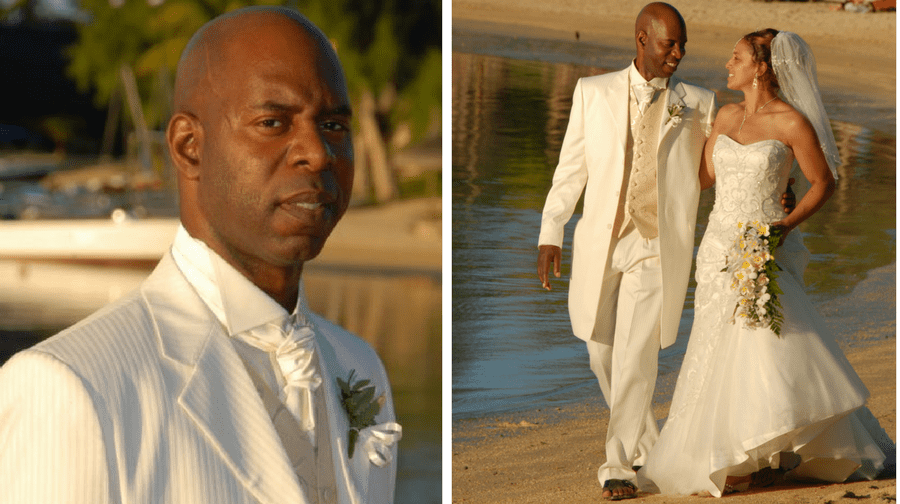 A grieving wife will pay tribute to her “humble superstar” husband by hosting the community fun day he never got to.

Steven Walters was just 52 when he died from lung cancer on August 24 last year, despite never smoking.

The father-of-two, who lived in Rotherhithe, became unwell in September 2015 and was diagnosed with cancer, which had spread to both lungs.

The popular DJ, well-known across Southwark for DJing at school events, weddings and parties, loved children and had always wanted to host his own family fun day – but sadly never realised his dream.

Steven’s wife Mandy, 51, plans to hold a family fun day this Saturday, April 29, on what would have been his birthday to finish what he started.

“We ended up taking him to hospital at the end of September 2015 because he said he couldn’t breathe very well,” said Mandy, who married Steven on a beach in Mauritius in 2009.

“The weight loss was the thing that gave it all away: he was fifteen stone and went down to trousers falling off him. Within a week and a couple of days he was diagnosed with cancer.

“He was devastated when he found out; we were all very devastated to find out that it had progressed that much as well so I think that was the shock.”

When Steven returned home, he and Mandy told their children Nyah, now thirteen, and Reuben, now eleven, that he might not make it to Christmas.

But Steven made it through Christmas and managed to put on two and a half stone in weight after chemotherapy.

“He thought he was much better after that and wanted to go back to work and be his normal self,” said Mandy. “But it came back even more aggressively by March/April last year.”

“We could see that the weight was dropping back off him quite quickly.

“It wasn’t easy at all. Even though he had the get up and go in him he didn’t have the strength to do it.”

Mandy said Steven loved children and used to pick other parents’ children up for school and drop them at home.

“He had always planned to do a family fun day like a big picnic to bring the children out and let them enjoy themselves,” she said.

“We are coping but this has been a great focus for me. I knew I wanted to do it before he passed and after all the organising of the funeral I thought this would be the best thing to do and it being on his birthday as well.

“Everyone knows Steven as a humble man but he has touched a lot of people with his music.

“He is a humble superstar – and it’s not just nightclub-wise and flying all over the world playing music – it’s within the community as well.”

The family fun day will be held at Bacon’s College, in Timber Pond Road, Rotherhithe, from 1-6pm on Saturday, April 29.

All donations will go to the Roy Castle Lung Cancer Foundation.