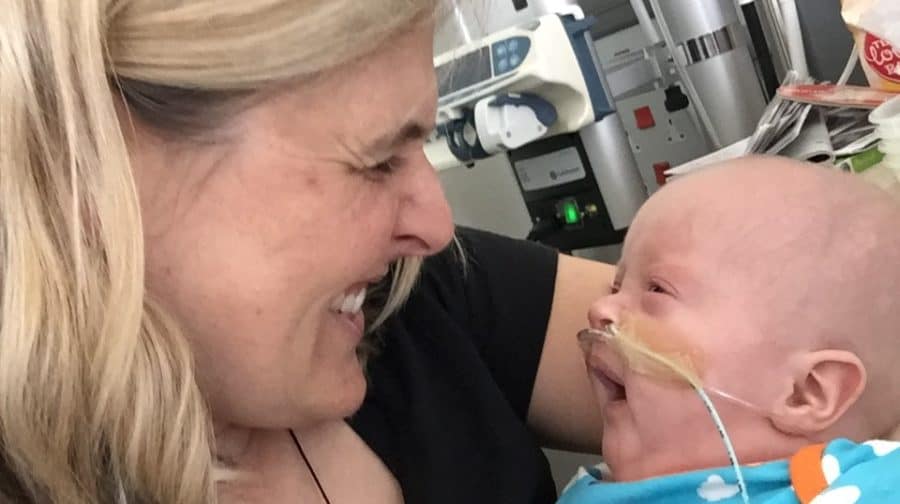 Baby Zach and mother Shona Power took part in the ground-breaking study which would save the lives of premature babies Image: Shona Power

The neonatal unit at the Evelina Children’s Hospital has taken part in a ground-breaking new study which could save the lives of premature babies.

More than seventy babies at the hospital took part in the trial which looked at giving platelet transfusions – the cells which help blood to clot – before 34 weeks.

Previously doctors did not know at which platelet count they should start giving transfusions to premature babies who are not bleeding.

The results, published in the New England Journal of Medicine, found giving fewer platelet transfusions will prevent death or major bleeding in 7 out of 100 premature new born babies with low platelet counts.

Researchers unexpectedly found that giving platelet transfusions to babies at the higher platelet count was associated with a worse outcome, compared with only transfusing babies with a lower count.

Professionals at the hospital said they hoped the results of the study could lead to safer medical care for premature babies and save lives.

Dr Timothy Watts, head of the neonatal unit at Evelina London and local principal investigator for the study, said: “This landmark study provides clinicians with clearer guidance of when to give platelet transfusions to premature babies.

“This will improve care for premature babies and ultimately reduce their risk of serious complications and even death.”

Shona Power, 41, from Clapham, enrolled her son Zach in the study after he was born prematurely at 28 weeks in May 2016.

She said: “I decided to enrol Zach 24 hours after he was born. It was a massive shock having a premature baby but it felt really empowering knowing that we were doing something worthwhile and that Zach’s involvement could save the lives of premature babies in the future.

“Zach is now an active cheeky two-year-old boy who loves animals and singing. You would never know that he had such a difficult start in life.”

More than 600 babies were involved in the PlaNeT-2 study and the Evelina Children’s Hospital was the largest single recruiter to the trial.