Have a ball at the Bermondsey Street Festival

The annual event is once again packed with fun and food. 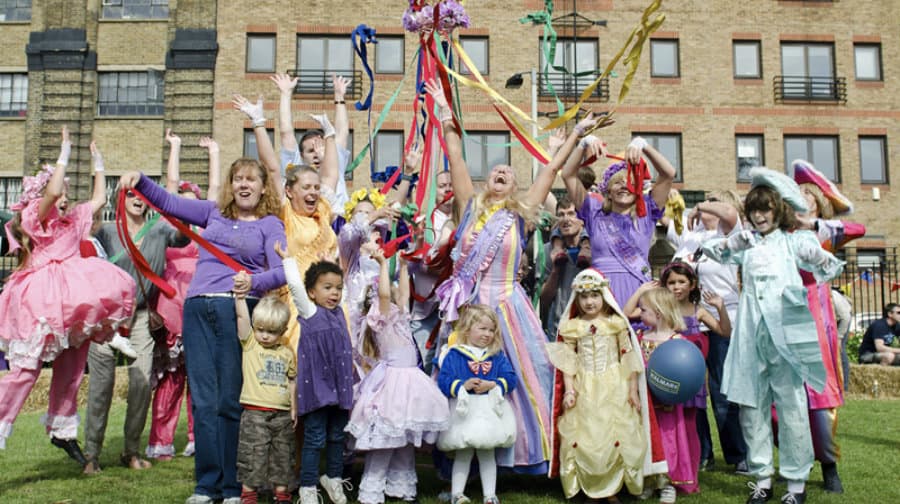 This year’s event will see artisan food specialists lining the street with stalls, craft beer and cocktails flowing freely, and designers showcasing their wares on the popular catwalk.

Of course the other main catwalk is the iconic dog show, run by Holly and Lil’s Elaine, which has been a staple of the festival since its inception.

The festival started out in 2007 when Michael Davies of Bermondsey Street Area Partnership got together with the businesses and members of the community to produce a festival in a mere three weeks.

The council and local businesses chipped in and it was held in Tanner Street Park with Maypole, a ceilidh, dog show, music from bands off the back of a truck, a musical presentation by quay players and about 30 stalls. Local artist Andrew Logan cut the ribbon and declared the festival open.

Now in its eighth year, the festival continues to evolve alongside its ever changing residents, but remains strongly rooted in community.

The Bermondsey Street festival costs over £35,000 to put on and would not run without the support of sponsors, volunteers and performers.

Festival organiser Angela said:  “Simplicity stepped in to sponsor us, ensuring that the festival ran this year and we are so happy we are working with such a great restaurant and dynamic man – without him the festival may not have gone ahead.”

Unlike other festival food stalls, Simplicity are providing Champagne & seafood, with homemade ice-cream, and a specially designed picnic area with blankets in the Leathermarket Rose garden.

READ ABOUT THE CHEF WHO SAVED THE FESTIVAL HERE

Southwark NewsNewsHave a ball at the Bermondsey Street Festival