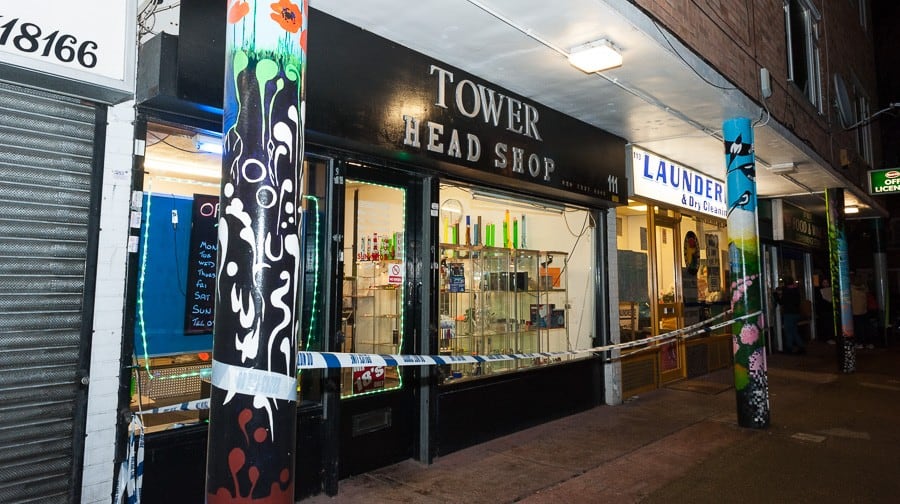 Two men armed with a handgun robbed a Head shop and escaped with a wodge of cash from the till last Thursday.

The thieves burst in to Tower Head Shop, which sells drug paraphernalia, cannabis seeds and “research chemicals”, while it was still open at around 4pm.

They both fled the shop and got into a gold coloured Honda CRV that was being driven by a third male.

The getaway driver had not covered his face. All the suspects were believed to be white males. Detectives from the Met’s Flying Squad said they had not made any arrests so far, but they appealed for witnesses of the robbery to come forward.