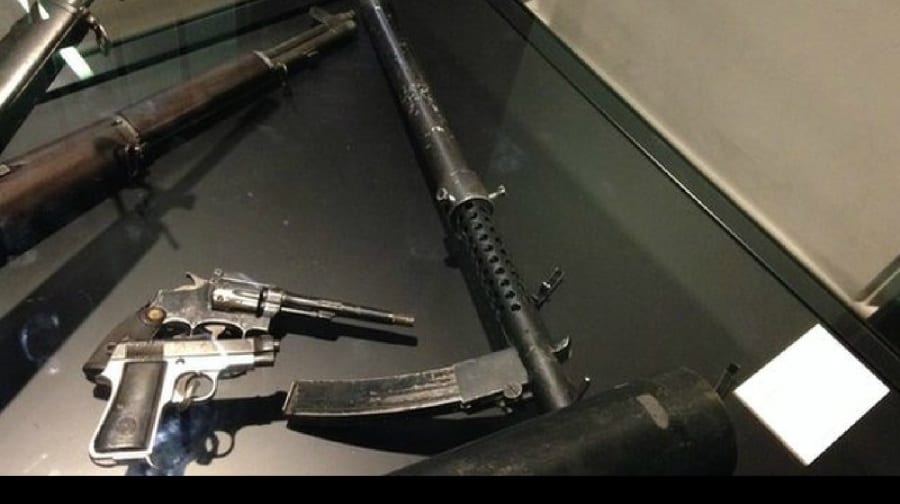 An investigation is underway after a gun used in five unsolved murders was found on display in a Southwark museum.

The police had previously told the families of the murder victims that the weapon had been disposed of but it has been revealed that in 1995 it was transferred into the IWM’s collection by the Royal Ulster Constabulary Weapons and Explosives Research Centre (WERC).

Tests carried out by the Police Ombudsman’s Office prove that in the 1990s the rifle was of one of two weapons used in an attack on a Belfast betting shop in 1992. A fifteen-year-old boy and four others were killed in the Ormeau Road attack carried out by Protestant paramilitaries.

The weapon has also been linked to the unsolved murders of two other men in 1988, according to a BBC Panorama investigation which aired last week.

The VZ58 rifle was recovered by the police in 1992 but when officers reopened the case, the gun was missing until investigators from Northern Ireland’s Police Ombudsman’s team found it at the museum.

Billy McManus, whose father Willie was killed in the 1992 betting shop shooting,told the BBC he was “absolutely shocked” to find out the murder weapon was on display as a museum exhibit.

“It should be here in a secure place so that it can be used for ballistics,” he told Panorama. “Why would somebody let something so important be shipped to England to be put on display? What does that say about their treatment of the case? They just don’t care,” he said.

The Police Ombudsman’s Office confirmed that the gun is now undergoing further forensic examination as part of an ongoing investigation into the matter.

A spokesperson from the Imperial War Museum said the their staff are continuing to work closely and collaboratively with the Police Ombudsman’s Office to assist the investigation.