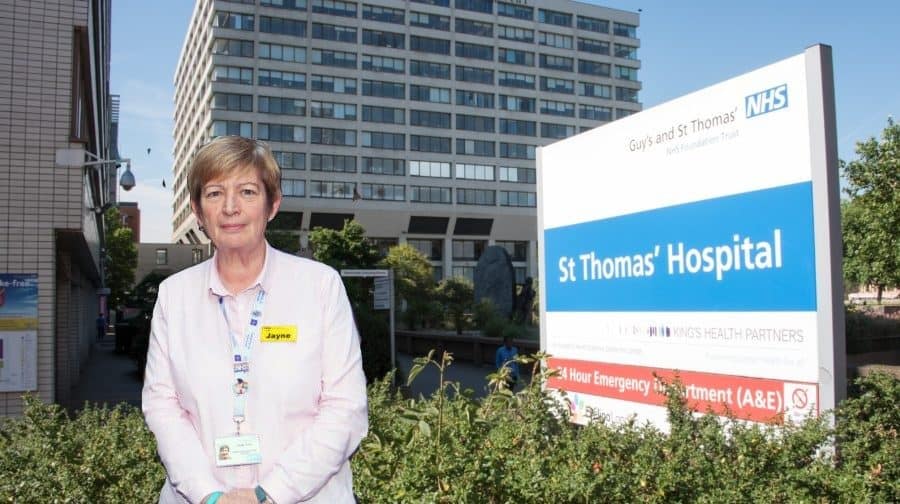 Criminals allegedly hospital staff so they could get an NHS discount in shops, according to the head of security at Guy's and St Thomas'

Criminals allegedly robbed hospital staff so they could get an NHS discount in shops, according to the head of security at Guy’s and St Thomas’.

NHS security have been confronted with reports of criminals mugging staff for their NHS IDs as it gives priority access to supermarkets and discounts.

According to Jayne King, who is also president of the National Association for Healthcare Security, the crimes happened alongside hand sanitiser being ripped off hospital walls.

However, Guy’s and St Thomas’ told the  News ID thefts had not happened at their hospitals.

“There were also reports of staff being mugged, robbed for their Trust ID,” she told a webinar for security staff on Thursday.

“Because with the Trust ID you could have priority getting into large food shops but there were also lots of organisations offering discounts on the production of an ID card.

“We also heard stories of hand sanitisers being ripped off stations from ward entrances, general corridors.”

A spokesperson for Guy’s and St Thomas’ said: “At the beginning of the pandemic we looked into rumours of staff being mugged for their ID badges which were circulating on social media.

“After investigating further, we found that this had not happened to staff from Guy’s and St Thomas’, however the National Association for Healthcare Security is aware of reports elsewhere in England.”

Hospitals were not ready for the first Covid wave, Ms King also told colleagues in the security industry.

“As much as we did desktop exercises, none of us were prepared for Covid, and the social implications of a global pandemic,” she said.

Guy’s and St Thomas’ is a specialist infectious diseases centre. “So you’d have thought of anyone, we’d have been ready,” she said.

“And we would’ve been if it was flu. But what we weren’t ready for was the national way it played out.” 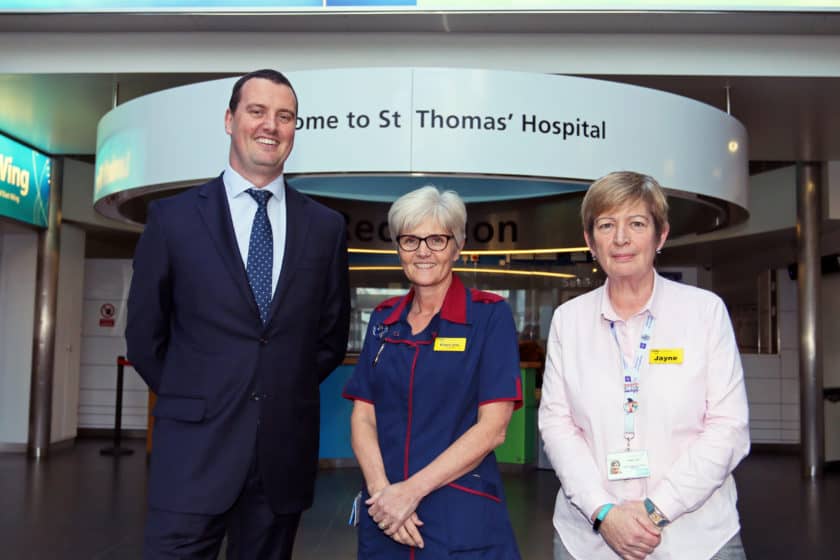 As patients stayed away from the hospital during the first wave, violence against staff dramatically dropped, she said.

“Covid was probably the most depressive violence reduction scheme I’ve ever seen.”

But now attacks on staff are back to pre-Covid levels. “We need to work on that – there’s lots of frustrations out there, and people are angry,” she said.

“I think people feel their liberties are being taken away or eroded. I’m seeing anger levels like I haven’t seen for a very long time.”

Taking questions, Ms King was asked how hospital security prevent babies from being swapped for another baby in the maternity ward.

She did not say whether this had ever happened at the Trust, and said: “There are hospital procedures about babies having bands on … I don’t want to go into all of it.