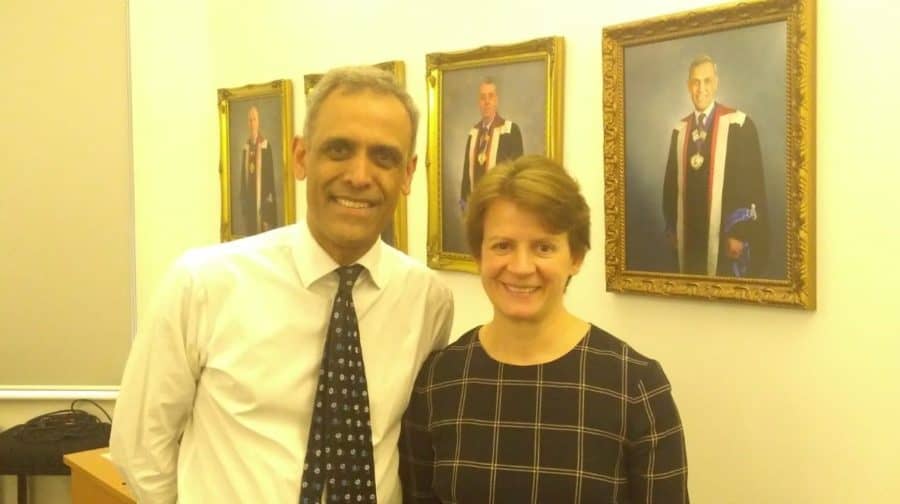 Katherine Henderson, right, pictured with the current president of the RCEM Taj Hassan

A Guy’s and St Thomas’ doctor has been elected as the first female president of the Royal College of Emergency Medicine.

Dr Katherine Henderson, a consultant in emergency medicine at St Thomas’, will formally take up the post in October.

“I am delighted and honoured to have been elected by the fellows of the Royal College of Emergency Medicine,” she said.

“It is a huge privilege to become RCEM’s next President.”

The Trust said Dr Henderson had been “instrumental” in redeveloping the new emergency department at St Thomas’ which was officially opened by Princess Anne last year.

Dr Henderson, who has been an emergency medicine consultant for over twenty years, will continue to work at the Trust while she serves her three year term.

She has been at the hospital since 2006.