So far the scheme, which began in January 2020, has helped 39 people 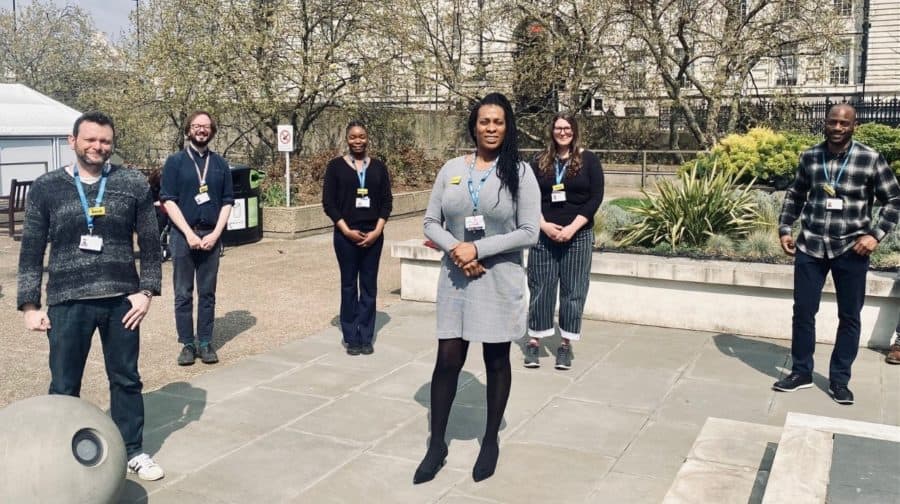 Guy’s and St Thomas’ are working with a local legal advice group to help homeless people get healthier.

The hospitals’ homeless health team and Southwark Law Centre helps homeless people find long-term housing after they leave hospital, as well as setting them up with support services.

Homeless people are much more likely to have health problems from alcohol, drugs or diabetes than other groups, so go to accident and emergency more often.

So far the scheme, which began in January 2020, has helped 39 people. Funding comes from public donations to Guy’s and St Thomas’.

The initiative has cut the number of times seventeen of those visited the hospital by 97 per cent  and reduced the length of their hospital stays by 17 per cent. They were also much more likely to come to inpatient sessions afterwards.

Melu Mekonnen, a housing manager for the Homeless Health Team at Guy’s and St Thomas’, says: “This group of patients attend the emergency department (A&E) frequently and are more likely to be admitted to hospital urgently or as an emergency case because of issues like diabetes, excessive intake of alcohol and, or drug overdose.

“Homeless patients whose immigration cases are resolved through this scheme for example, are entitled to be accommodated by their local authorities. In turn they are more likely to engage with health, drug and alcohol services and attend their outpatient hospital appointments.

“As a result, they are healthier – more likely to eat nutritious foods, take their medications, carry out daily living tasks like preparing meals for themselves, and significantly reduce or avoid drugs and alcohol use.

“Patients who attend their hospital outpatients’ appointments are much less likely to attend the emergency department and to be admitted to hospital – freeing up beds for potentially life-saving treatments.”

The Homeless Health Team is made up of nurses, housing workers, occupational therapists and social workers.

Ruth Mercer, a solicitor with Southwark Law Centre, is an experienced advocate for people who are homeless and also trains the hospitals’ staff to recognise people who need legal representation, says: “The Homeless Health Team connects us with some of the most vulnerable clients we work with. They refer exceptionally vulnerable people, who have often been long-term homeless and living very chaotic lives due to legal issues, such as lack of immigration status or inability to access Local Authority homelessness services.

“It’s brilliant when we are able to take on someone’s case and resolve their legal issues because it makes an absolutely massive difference for their day to day lives.   Once a homeless person has resolved their immigration status and/or housing issues they are able to find stability, access services and move on with their lives. It’s a really big life change for them.”