The Trust receives up to 160 deliveries daily, or up to one every three minutes, making it the equivalent “of a small car factory” 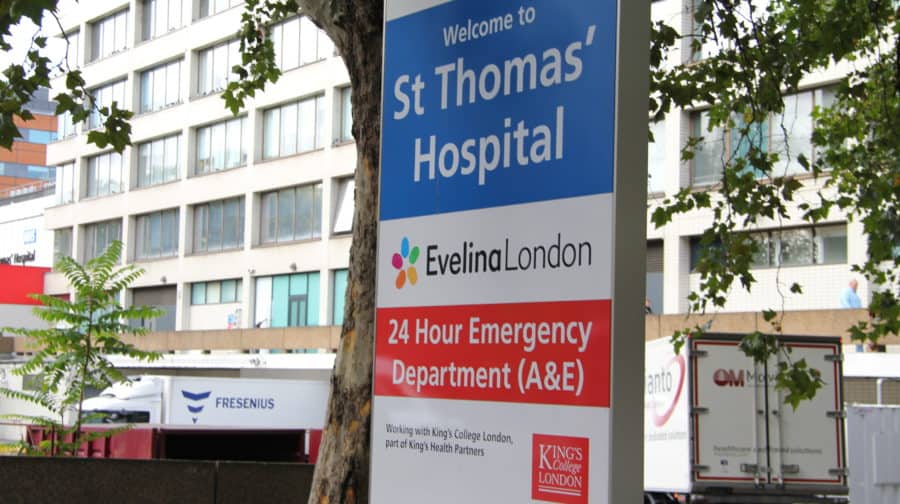 More than 36,000 truck deliveries to Guy’s and St Thomas’s in central London will be stopped under new plans unveiled to reduce air pollution.

Currently the Trust receives up to 160 deliveries daily, or up to one every three minutes, making it the equivalent “of a small car factory.”

But now the supplies – ranging from bedding to clinical equipment – will be taken to a ‘hub’ in Dartford and taken to the hospitals when they are needed on the day.

The move will help to meet a Mayoral aim to reduce the number of lorries and vans entering central London by ten per cent by 2026.

“London has a real problem with pollution and we see this every day with children coming in for treatment because of respiratory problems,” said David Lawson, chief procurement officer at the Trust.

“This new supply chain hub will reduce the number of deliveries to our hospitals by 90 per cent, which will remove over 36,000 truck deliveries from central London roads each year.”

The five-year contract will also see less waste on-site and moves towards the use of electric vehicles in deliveries.

It has been praised by Heidi Alexander, the deputy mayor for transport, who said she hoped it inspired other organisations to follow their lead.

“I’m really impressed by the steps Guy’s and St Thomas’ are taking to dramatically reduce deliveries and limit the impact of essential journeys by using cleaner and greener alternatives,” she said.

The news comes after SE1, the postcode in which both St Thomas’s and Guy’s Hospitals sit, was named as the most polluted postcode in the capital by campaigners.

According to the data, reported on by the News last week, some areas of the postcode breach annual air pollution limits by over two-and-a-half times.

Then stop allowing all these basements to be dug . Each small basement involves 400+ lorries , and thats just to take away the earth