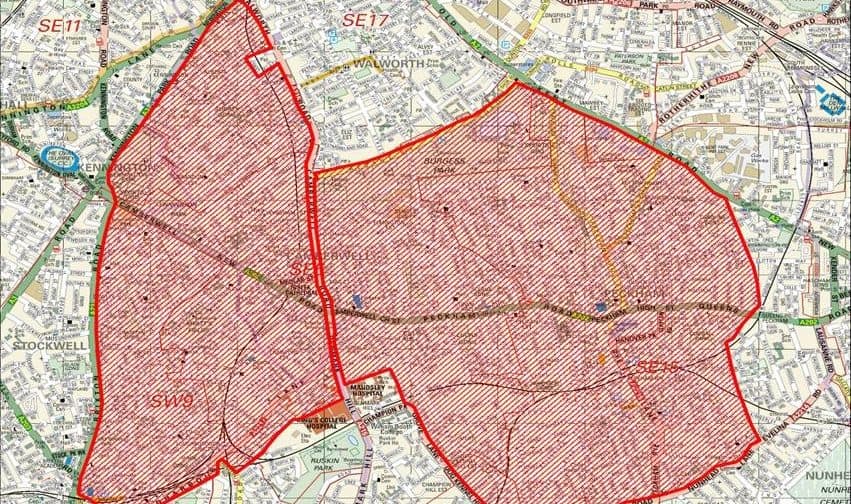 Police have shared details of areas ‘habitual knife carrier’ Kevin Aka-Kadjo will be banned from entering after he serves his fourteen-month sentence.

The nineteen-year-old (b. 30.03.99) from the Elmington Estate was sentenced at Inner London Crown Court on Wednesday, August 22, for driving offences and possessing two bladed weapons. Police also handed him a criminal behaviour order, to stop him from going to specific areas.

The order will be in place indefinitely.

Detective Inspector Luke Williams, from Southwark Police, said: “The use of criminal behaviour orders is another method used by the police to prevent continued offending.

“Upon release from custody Mr Aka-Kadjo will not be allowed to enter a number of areas within Southwark and Lambeth.

“Local officers will be on the look out for Mr Aka-Kadjo in these areas.

“Mr Aka-Kadjo is prohibited from entering parts of SE17, SE8, SE15 & SE5 including the Brandon Estate.

“I urge the community to inform us if they witness Mr Aka-Kadjo in one of the excluded zones so we can take robust action.

“If you would prefer to remain anonymous you can provide the information via Crimestoppers online or on 0800 555 1111.”