Half Moon Lane water leaks set to be repaired 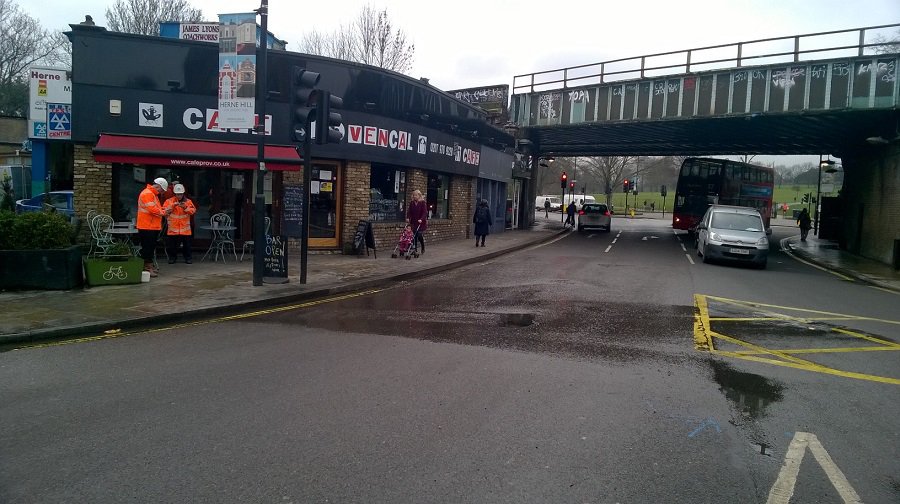 Thames Water has confirmed that repairs to a water mains leak in Half Moon Lane were set to be completed today, Christy Cooney writes…

The leak was sealed overnight on Monday after it was reported over the weekend. Traffic lights have remained at the junction of Half Moon Lane, Milkwood Road, and Herne Hill while repairs to the road were completed.

Thames Water manager Sarah Hurcomb said: “The leak was reported to us at the weekend and we quickly sent engineers. We’ve since [sought] to fix the pipe with as little disruption as possible… with support from Southwark Council and the police.”

The company also confirmed that the source of the leak was not the same pipe as the one that burst in Herne Hill in 2013, causing major distribution.

Mayor of London Sadiq Khan said in December that Thames Water needed to “up their game” after a series of incidents across London. The company has said that freezing temperatures caused pipes to expand and contract and that it has taken on extra staff to respond.