“I was just walking past one day, and thought it was just such a waste that it was still closed,” campaigner said 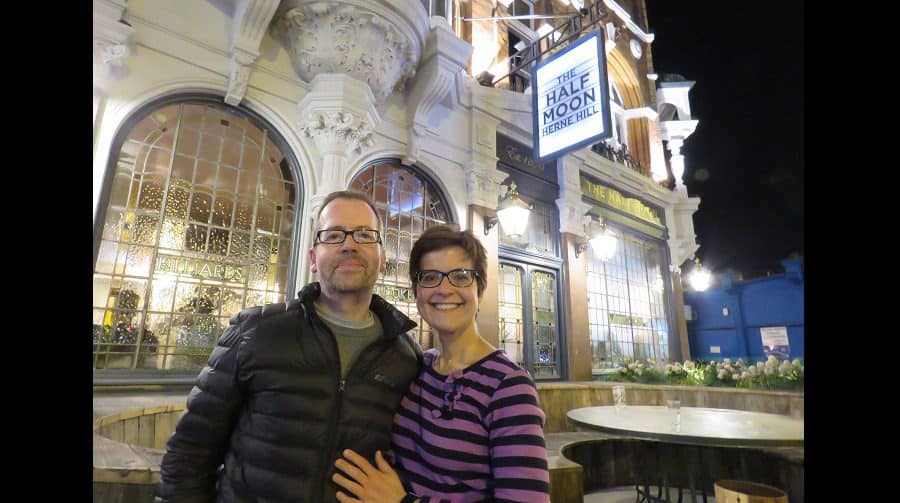 Peter Blair and Mary Blair at the Half Moon pub's reopening

Locals packed into the Half Moon pub on Monday, with new owners Fullers at its helm.

Peter Blair, who kick-started a campaign in 2015 to get the old boozer back on its feet, told the News he was “extremely pleased” to see it in full glow.

“I was just walking past one day, and thought it was just such a waste that it was still closed,” Peter, 55, said.

“I started knocking on doors, and asking locals for support. And we set up a stall in the local market.”

During that time, the pub saw off squatters and an attempt by its freeholder, The Dulwich Estate, to turn it into flats.

Despite being championed by the Herne Hill Forum, with support from over 7,000 residents and the likes of Jo Brand, Mark Rylance and Jay Rayner, campaigners were unable to convince the Council to let it stay as a music venue, which in its past had been played by U2 and Eric Clapton.

Peter told the News that Fullers were also minded to convert its old gigging space into a restaurant to make up the profits needed for a “particularly high rent” charged by the Dulwich Estate.

But there is a small function room, which Peter believes could still be used to open-mic nights and smaller events.

Dulwich Estate is a thoroughly rapacious landlord, widely disliked in the neighbourhood, since it puts earning the fattest rents possible on behalf of its privileged private school “charity” well ahead of any local community interest.