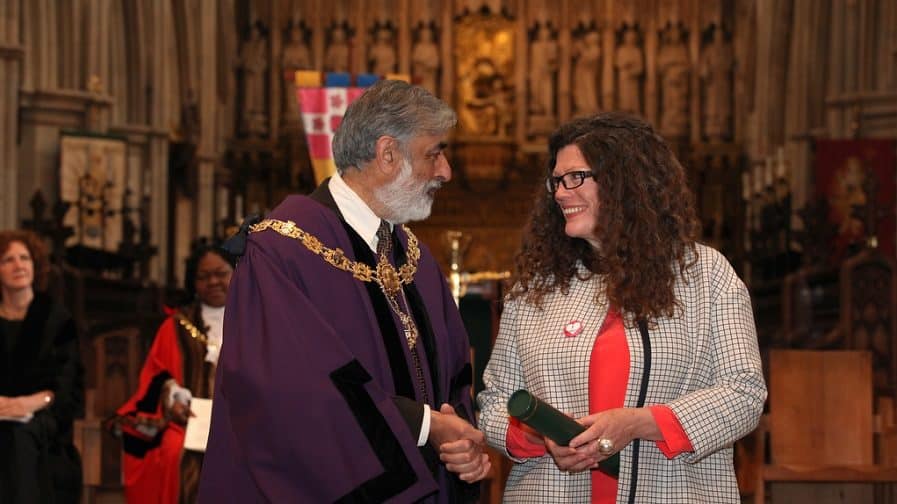 The annual Civic Awards ceremony was hosted at Southwark Cathedral on Saturday.

The Mayor’s Special Award went to Shaun Dellenty, who founded the Inclusion For All project.

Shaun, who is deputy head teacher of Alfred Salter Primary School in Rotherhithe, launched the project in 2010 as an initiative to tackle homophobic bullying in schools.

Inclusion for All has since become a London and UK-wide movement that is helping to tackle gender and LGBTQ stereotyping, homophobic bullying and the use of related derogatory language.

The now former mayor, councillor Dora Dixon-Fyle paid tribute to Shaun for his “personal courage and foresight” and offered “lasting gratitude” on behalf of children whose experience of bullying will be reduced.

The Honourable Award was given to the Peckhamplex cinema, and presented by outgoing mayor, Cllr Dixon-Fyle, to the Plex’s chairman John Reiss and directors Simone Brown, Marianne Gray and Rakesh Makhech.

The 130-years-old Pembroke House in Walworth was also given Honorary Liberty for its 24 projects that instil community engagement, long-term learning, health and wellbeing into the community.

Honorary Liberty awards were also given to the following:

At the ceremony, the dean of Southwark Cathedral, Reverend Andrew Nunn paid tribute to William Shakespeare’s death and founder of the Rose Theatre, Philip Henslowe, who both died 400 years ago.