Harman achieved more than 40,000 votes from Camberwell and Peckham constituents 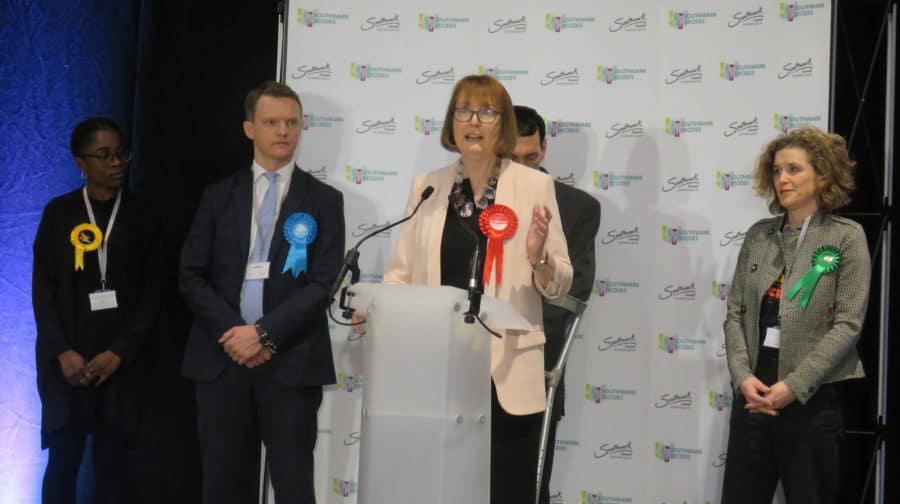 Labour's Harriet Harman speaking after the result was announced at 4am

This gives the long-standing MP a majority of around 33,000, as her closest competitor, the Conservatives’ Peter Quentin managed 6, 478 votes.

Julia Ogiehor, of the Liberal Democrats, came third with 5, 087 votes and was followed into fourth place by the Green Party’s Claire Sheppard who achieved 3, 501 votes.

The Brexit Party managed only 1, 041 votes – and last came the Workers Revolutionary Party, with 127 votes.

The party’s candidate, Joshua Ogunleye, was the only one not present on stage.

Southwark NewsNewsHarriet Harman holds onto Camberwell and Peckham with over 40,000 votes