Harvey Brown is first to show off new Millwall kit 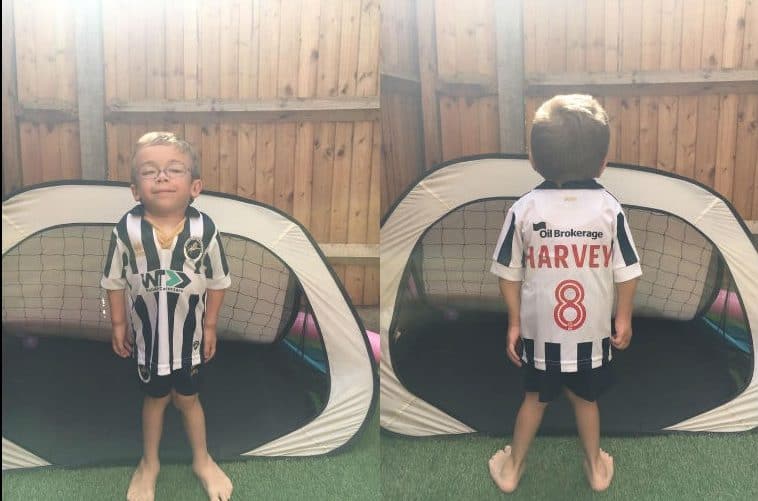 Harvey has the rare Morquio syndrome, which stunts skeletal growth, leaving sufferers with weak bones, and a tendency to develop heart disease, and impaired vision and hearing – and supporting Millwall has been a great love of his.

He led the team out as their mascot in May’s play-off against Barnsley at Wembley stadium in front of thousands, winning over fans’ hearts.

The football club has played an important part in Harvey’s life as they supported a campaign to get him and 77 other children in the UK suffering from Morquio syndrome the vital medication Vimizim funded on the NHS.