The life-long Lions fan had a day to remember as he shared the spotlight with players he’s followed all his life. 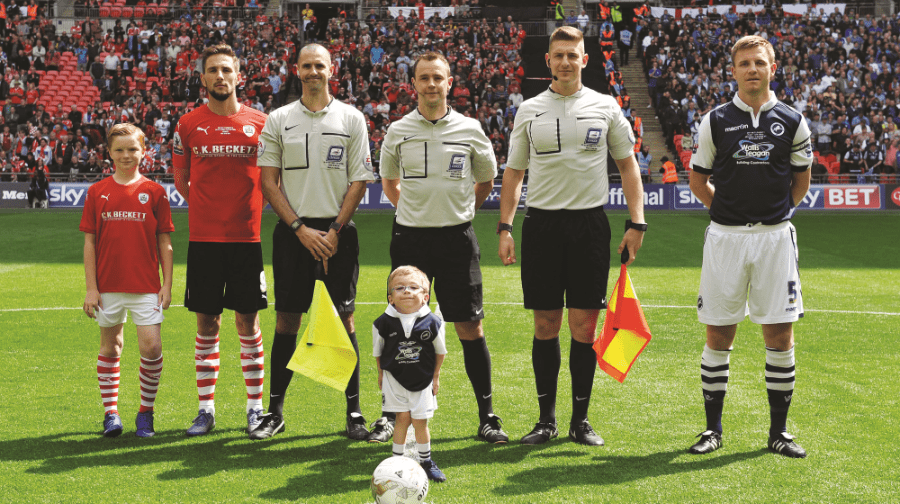 Bermondsey’s Harvey Brown led out Millwall FC on May 29 for their play-off game against Barnsley in Wembley Stadium to the cheers of thousands.

The life-long Lions fan had a day to remember as he shared the spotlight with players he’s followed all his life.

Harvey’s mum, Vikki, said: “It was amazing. It was such a lovely day even though we lost. It was disappointing we lost but it didn’t spoil the day at all.

“It was very exciting. The way they [the team] were with him was great. There’s a picture of Harvey with Neil Harris and it was like he had known them all for years.”

The football club has played an important part in Harvey’s life as they supported a campaign to get him and 77 other children in the UK suffering from Morquio syndrome the vital medication Vimizim funded on the NHS.

Harvey has the rare Morquio syndrome, which stunts skeletal growth, leaving sufferers with weak bones, and a tendency to develop heart disease, and impaired vision and hearing – and supporting Millwall has been a great love of his.