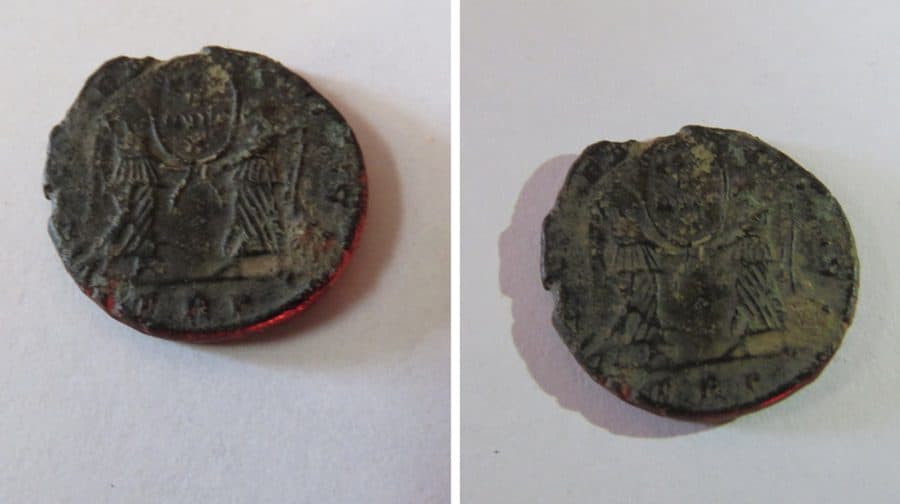 Roman coins, pottery and a human leg believed to be over 1,600 years old have been discovered at a building site in SE1.

The haul of pottery fragments and over 70 coins were picked up at an archaeological site in Swan Street, where a former court building and Royal Mail office are being converted into flats.

Members of the public were given a tour of the excavation and a showcase of the ancient finds on Friday.

On-site archaeologist Richard Meager said he believed the site had been a small Roman road that connected the Old Kent Road with Stainer Street, where there were also once Roman shops and markets in the Borough High Street area.

Evidence of the old road came from the layers of gravel and pieces of wood that once acted as shoring for the road.

Richard said he believed a ditch – running parallel with the old road – might have explained how a femur leg bone was found. “From examining the femur you can tell all sorts of things about how they may have died, their gender and how long it’s been there. In this case it was well preserved in the ditch and it was quite large, so we think it belonged to a male.”

The coins were discovered by running a metal detector over the layers of soil, with varying densities of precious silver and gold.

It was explained that during the latter stages of the Empire – and the Roman occupation of England between 43AD and late fourth century – their empire’s currency  contained less precious metal as the resources became scarce, but more money needed to be created to afford its armies.

The coins and pottery, as well as fragments of Saxon pottery, have been taken to the Museum of London archive.