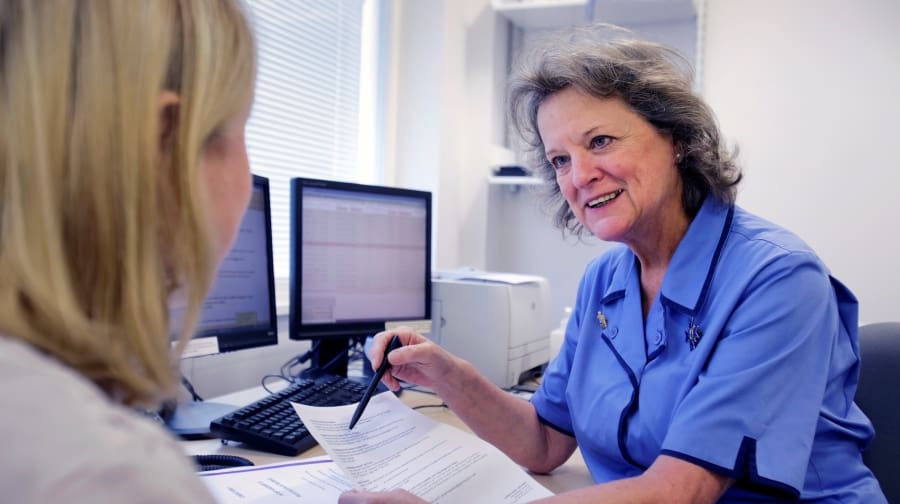 Figures released by NHS England for February 2017 show that both trusts were in breach of the NHS standard of less than one per cent of patients waiting more than six weeks for tests that could diagnose bowel cancer.

The two key tests to diagnose bowel cancer are colonoscopy and flexible sigmoidoscopy – a camera on a thin, flexible cable inserted through the anus to look at different parts of the bowel.

Guy’s and St Thomas’ NHS Foundation Trust had 141 patients waiting for a flexible sigmoidoscopy in February.

Of those, three patients (2.1 per cent) were left waiting six or more weeks for an appointment, therefore breaching the national standard. The figures said 357 patients were also on the waiting list for a colonoscopy, of which nine (2.5 per cent) waited more than six weeks.

At King’s, 132 patients were on the waiting list for a flexible sigmoidoscopy in February. Of those, two (1.5 per cent) waited more than six weeks, therefore breaching the national standard.

More than 15,900 people die from bowel cancer every year in the UK. It is the nation’s second biggest cancer killer and the fourth most common cancer, however it is treatable and curable, especially if diagnosed early.

These tests can detect cancer at the earliest stage of the disease, when it is more treatable, and even prevents cancer through the removal of pre-cancerous growths (polyps) during the procedures.

Nearly everyone diagnosed at the earliest stage of bowel cancer will survive – but this drops significantly as the disease develops.

The demand for colonoscopy and flexible sigmoidoscopy has been increasing dramatically over the last few years.

This is due to a number of factors including an ageing population and increase in symptom awareness.

Asha Kaur, head of policy at Bowel Cancer UK, said: “This substantial increase in demand is creating unprecedented pressure on hospitals that do not have adequate capacity to meet this demand.

“The Government needs to invest to increase capacity to alleviate the pressure on hospitals so they can meet the NHS standard of less than one per cent waiting no more than six weeks for an appointment.

They have already made some commitments to increase the capacity of endoscopy but they do not scratch the surface.

“That’s why we are calling for a national endoscopy strategy and a training programme as a solution to the mounting pressure on endoscopy units. We hope to work with Government, NHS England and medical professions to ensure a sustainable endoscopy service that has the capacity to meet future demand.”

A spokesperson for Guy’s and St Thomas’ NHS Foundation Trust said: “We are working hard to speed up access to diagnostic tests, particularly for patients with suspected cancer.”

The News contacted King’s College Hospital NHS Foundation Trust for a comment but did not receive a response by the time of going to press.