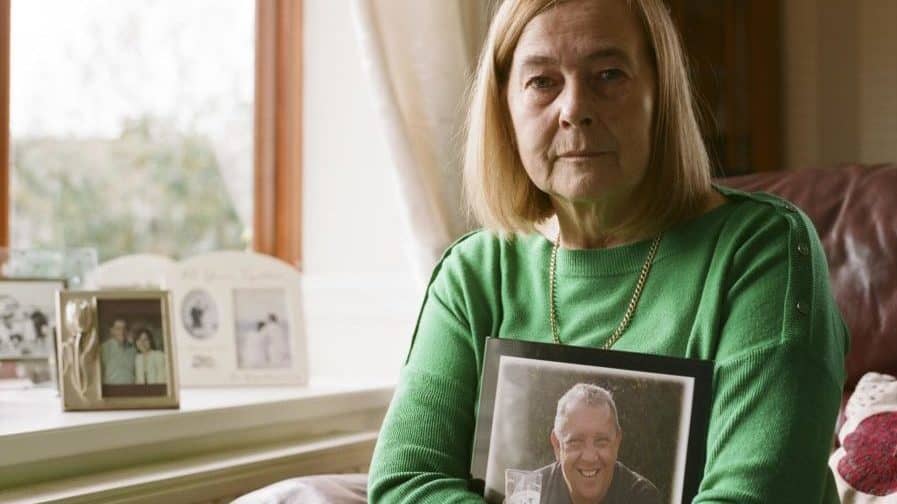 Gill with a picture of her late husband, David, who died from COVID-19 complications

They included a previously healthy 61-year-old, Joaquim, who had been admitted the day before lockdown in March. Whilst on a ventilator and unresponsive, clinical director of care, Tom Best, said he had a ‘much greater chance of dying than surviving’.

Miraculously, after months in a coma he was eventually able to go home with his step-daughter, describing her and his late wife as the ‘two angels’ who watched over him. 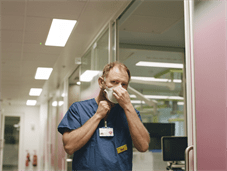 Early on in the programme Dr Best said of the pandemic: “There is nothing that I have experienced that can compare to this.”

For the families followed throughout the year, the same is true. Although three of the patients featured pulled through, none were unscathed by the chronic effects of the virus and the most serious complications it can cause.

One patient, 62-year-old David, who had caught the virus while recovering from cancer treatment, didn’t pull through. Soon after only being able to visit him for the first time, doctors told his family the best they could do now was to ensure he had a ‘good death’ with loved ones by his side.

In one moving scene, one of the staff members who had helped care for the former builder gave him his ‘last offices’ – washing and preparing his body with care and attention after death, all the while speaking to him.

“We just treat them like they were just here,” he said, whilst gently explaining to David what he was doing.

“Because I’ve looked after him so much, I feel like I know him… even in death it’s a privilege to be here because this is their last moment.”

David’s devastated wife of 42 years, Gill, admitted they hadn’t taken the virus seriously at first. “When COVID first came round and we went into lockdown, we thought it was a made up story,” she said. We honestly did. Now I’ve just got to move on without him. I’d hate anyone to go through this.”

Two other patients who spent months at King’s included two fathers – Sama, who was hospitalised in March but faces a long road to become independent once more – and Tobi, a 52-year-old pastor who is expected to never fully recover from his brain damage. 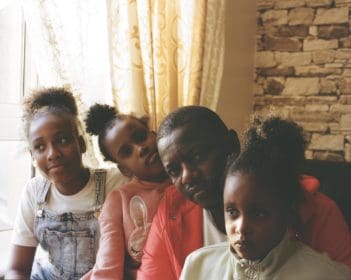 Sama with his and family

“Pandemics and plagues are something we had forgotten about,” he said.

“The human race got quite big for its boots thinking something like this could never happen again.”

Surviving COVID is available on catch up via All4