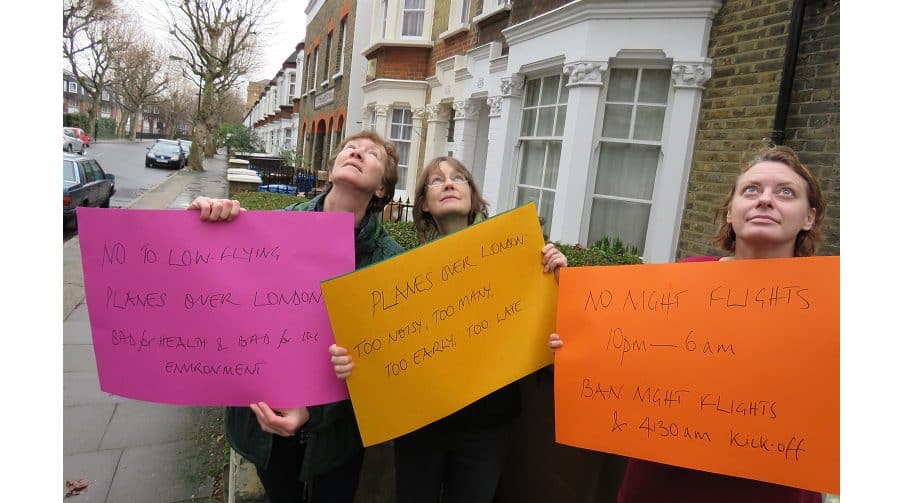 Unusually loud planes flying over Camberwell and Kennington as early as 4.30am have been “making life hell” for locals.

Bridget Bell of John Ruskin Street first had her sleep disturbed by aircraft over her house in July. Since then they have woken her up “nearly every night”.

“It reduces me to tears. In the 30-odd years I have lived at the same address I have never been as aware of low-flying planes as has I have been since July.”

She found that 25 of her neighbours have been suffering the same irritation, and Bridget is now campaigning to find out what is causing the problem.

From her networking, she has found neighbourhoods in Clapham Common, and Teddington in Richmond, have been locked in similar disputes with Heathrow Airport for years.

The Heathrow Airport Relations Policy team responded to residents’ complaints in September. They said “nothing has changed” about the flightpaths of inbound planes that fly from west to east over Southwark – typically at 3,000ft.

Southwark Council’s cabinet member for environment and public realm, Ian Wingfield, responded saying that if the flightpath alteration had occurred, the council was “not consulted” on them.

Bridget has also been helped by campaigners opposing the government’s controversial third-runway for Heathrow.

John Stuart, a key member of the Heathrow Association for the Control of Aircraft Noise (HACAN) offered to install noise monitors in John Ruskin Street to provide more evidence of increased noise.

A Heathrow Airport spokesman told the News: “This area has been overflown for many years and we are not aware of any changes to procedures that would impact the height or position of aircraft arriving into Heathrow. We would be happy to discuss Ms Bell’s concerns in more detail with her directly.”

Meanwhile, the Department of Transport is consulting on the “night flight restrictions at Heathrow, Gatwick and Stansted” for the period 2017-2022, which closes on February 28. Bridget was informed by Cllr Wingfield that the council will be responding.

Visit www.gov.uk/government/consultations/night-flight-restrictions-at-gatwick-heathrow-and-stansted to take part in the consultation.

Heathrow already has a voluntary ban on night flights between 11.30pm and 4.30am. But the bulk of flights that are keeping locals awake at night appear to be planes landing from the far east from 4.30am to 6am, which the government’s paper says make up 87 per cent of traffic at that time.