“I never imagined when we started Radio Club we'd end up going so far into one story" said mentor, Ros Atkins 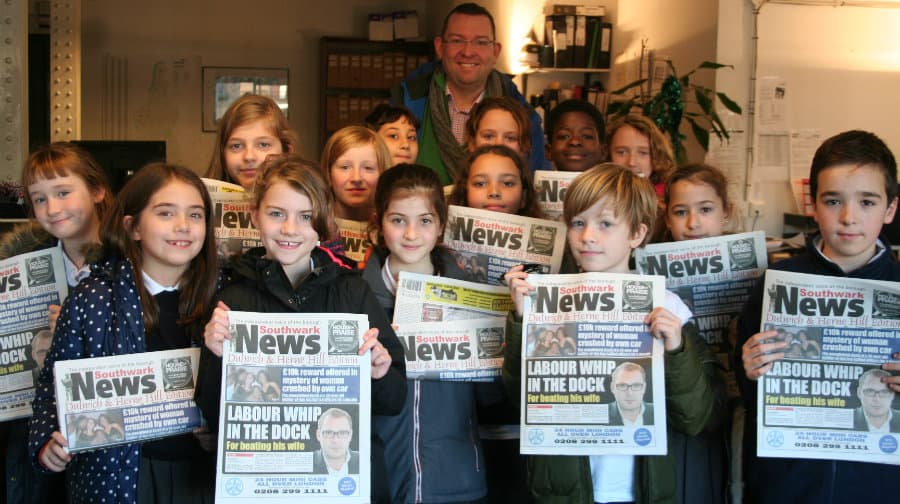 When the Heber hacks came to visit the News

A class of pint-sized press packers from a Dulwich primary school has uncovered the truth behind whether Marks and Spencer is coming to town.

At the start of this term, parent and BBC journalist Ros Atkins set up a ‘radio club’ with year five children at Heber Primary School in Heber Road.

The kids had to come up with ideas of what kinds of stories to cover for their programme, which will be broadcast this month on the school’s website.

After rumours of a new M&S coming to replace the Iceland on Lordship Lane had been floating around for the last year, Bella Wood, 10, suggested the roving reporters investigate.

The children spoke to Iceland, which confirmed it had not wanted to close their “very successful” Dulwich store but was forced out by the landlord, who would not accept an increased offer of rent.

Although M&S has never confirmed it is intending to take over the shop, the children had their first success when an Iceland spokesperson told them in an email: “We believe that the landlord’s intention is to demolish the building and redevelop the site for another retailer, possibly M&S Food.”

The agent for the mystery applicant then confirmed to the super-sleuths in writing that: “M&S have always been the intended occupant, and has been closely involved in the design both for the floor space but how it functions outside.”

When the children went down to the site where building works are underway, project manager, Andrew Wicks told them M&S was one of the clients for the redevelopment fo the site. “It’s going to be a Marks and Spencer Food Hall on the ground floor and first, second and third will be private apartments,” he confirmed.

Despite getting three sources on the record, M&S refused to comment, saying only: “Whilst we are constantly looking at sites for new stores and we do have an interest in Dulwich, there is nothing that we can confirm at the moment.”

When Ros brought Radio Club to the News offices to talk through their story, he said: “I never imagined when we started Radio Club we’d end up going so far into one story.

“It was the children’s idea to investigate the Iceland site and it’s been really exciting to see them find out more and more.

“Like all good journalists, they’re curious and hard-working and I’m really proud that that they’ve got a story in the Southwark News (not least because it’s such a good paper). I hope it’s not the last time we make a successful story pitch!”