A full Christmas dinner with all the trimmings for elderly guests 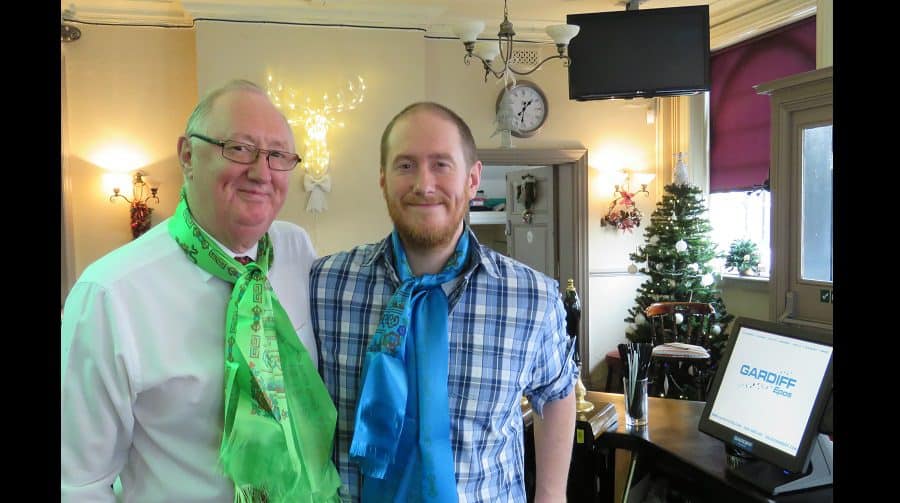 The Duke of Sussex, on Friary Road, hosted Heineken’s #BrewingGood Cheer campaign which is providing festive pub lunches during December for lonely and isolated people across the UK.

Members of the charity Skills and Care Greenwich were invited for a full Christmas roast with all the trimmings.

Sonia Thapa, 37, founded the organisation – which works to support Gurkha service people and their families. She said: “Many of our elderly members face uncertainty this Christmas, for a number of reasons, so it’s the perfect opportunity for them to come together during this festive period.

“Most of the people here today have never been in a pub before, so they feel very special now.”

The pub managers, 68-year-old Michael Hogan and his son Fintan – the landlord, said: “We are delighted to take part in this, we’ve always been involved in the local community and want that to continue that here.”

They took over the Duke of Sussex eighteen months ago. Michael had previously been in charge of the White Horse near Peckham Rye for 33 years.

“This is a remarkable area and the Duke of Sussex is a part of that. Michael and Fintan want a successful community where they live and work,” said Lloyd Buxton, head of client engagement for Neighbourly. Neighbourly connects businesses wanting to support charity projects with organisations in need of support. They helped bring together Heineken and Skills and Care Greenwich for the event.

As part of the #BrewingGood Cheer campaign Heineken is also donating £50,000 to 50 charity and community projects throughout the UK.

A spokesperson for the company said: “We want to bring local people together and celebrate the importance of pubs as social hubs for the communities they serve.”