When it opens at the end of the year, the new helipad will be only the third of its type in the capital 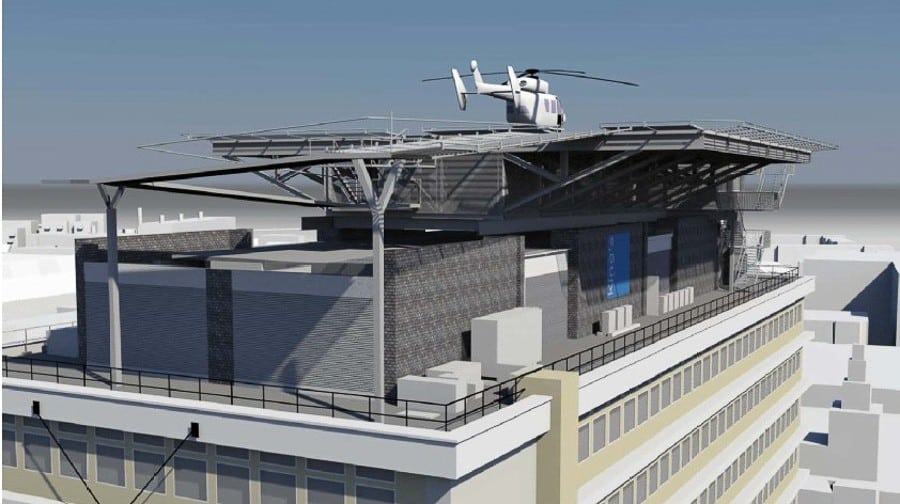 How it will look: the construction work on the new helipad is expected to be finished by the end of the year

Building work has begun on a new helipad for the roof of King’s College Hospital.

The Denmark Hill site serves 5.5million people across south east London and Kent but those who currently arrive by helicopter have to finish their journey by road – as the chopper can only land in Ruskin Park, with a further 25 minutes needed to transfer into the hospital.

Rob Bentley, director of trauma at the hospital, said: “King’s is already a Major Trauma Centre but with the addition of a helipad on the hospital site we will bring truly world-class trauma facilities to this part of London.”

When it opens at the end of the year, it will be only the third of its type in the capital, with existing helipads at the Royal London Hospital in Whitechapel and St George’s Hospital in Tooting.

The start of construction follows a long campaign to raise money for the helipad, with donations to the hospital’s appeal exceeding £2.2 million and a further donation of £2 million from the County Air Ambulance Trust.