Three-year-old is "enjoying life, catching up on all the things she missed out on while in hospital" 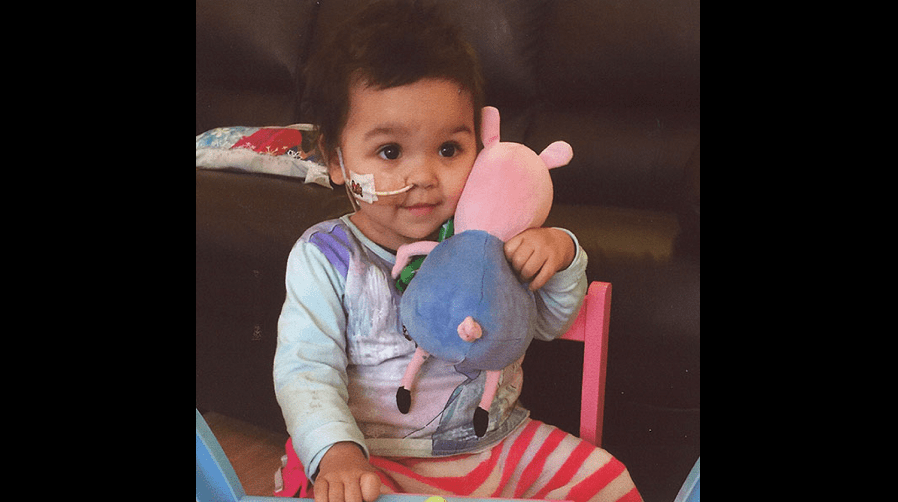 A children’s charity is appealing for support to send a three-year-old Peckham girl recovering from cancer on her dream Christmas trip, David Child writes.

Aimee Kemsley is hoping to visit Peppa Pig World in Hampshire with her family this festive season to spend some time with her favourite cartoon characters.

Paul, Aimee’s father, said: “Some children want to go abroad – to Hollywood maybe – but Aimee just wants to meet her hero Peppa Pig. I don’t think I could have gone through what she did… it would really mean the world for her to visit Peppa Pig, she just loves her.”

Aimee was diagnosed with a rare type of cancer called Rhabdomyosarcoma almost two years ago after being rushed to hospital on Christmas Day 2014. Following an extensive course of chemotherapy, a nine hour operation to remove the tumour and radiotherapy she is now in remission, but still has to return to hospital every three months for Ultrasound and X-rays.

“Aimee’s doing really well, she’s just started nursery school and is enjoying life, catching up on all the things she missed out on while in hospital. It’s been a really difficult eighteen months or so but this will be the first Christmas she will really remember,” her Dad said.

Peter Newman, chief executive of Dreams Come True, said: “For any person, cancer is inconceivable, but for three-year-old Aimee to come through the treatment shows just how strong she is. For us to be able to help Aimee, to send her to Peppa Pig World to meet Daddy Pig, Mummy Pig, Peppa and George, would be a wonderful gift this Christmas, but we need your help to make this happen.”

The appeal is part of the charity’s Christmas fundraising efforts aimed at raising enough funds to help twelve young people suffering from serious and life-limiting conditions realise their dreams.