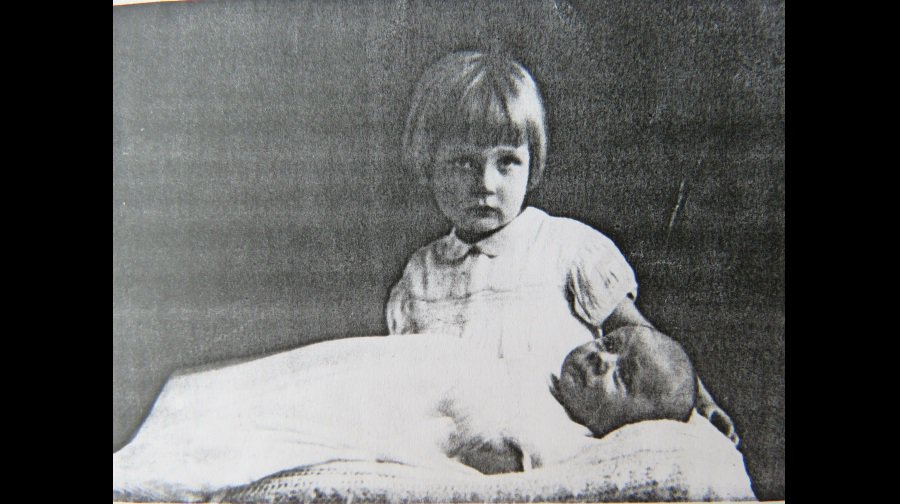 Family photos sent to a Peckham soldier incarcerated in a Nazi prisoner of war camp have been discovered, with the hope of reuniting them with the late soldier’s relatives.

Stefan Black, from Sydenham, was rummaging through a second-hand shop while on holiday in Poland, when he saw a bundle of black and white photos with messages on the back addressed from Peckham.

It appeared to Stefan that the photos had been sent by the doting wife and children of Charles H. Ward, of 14 Bird in Bush Road, who served as a driver (Private).

They had sent the photos to Charles, with the help of the Red Cross, while he was imprisoned in Stalag VIII-B, in Lamsdorf, Germany.

Stefan, 77, said: “I was on holiday in Krakow when I came across the photos in this memorabilia shop, and I bought them for the equivalent of 25p. I was curious because they were addressed from Bird in Bush Road in Peckham.”

Stefan said he felt “touched” by the photos, which show Mr Ward’s young daughter Jennifer growing up, and of his new-born baby, George.

Other photos show his brother James Ward posing with Charles, and another photo shows his wife and two children at the front garden of their home in Bird in Bush Road.

“I wonder if there might be anyone in Peckham with the surname [Ward], or who might know what happened to the family who lived at their address? His children could certainly still be around,” Stefan said.

“I happen to know one person whose grandfather had the surname Ward, and lived in Peckham, but it would be great to see who might come forward.

“I was rather touched by it because she was sending him photos. The Red Cross were the ones who organised for the prisoners of war to have post sent to them.

“But somehow they ended up in that shop where I found them,” Stefan said.

Charles Ward’s wife (name unknown) with his children Jennifer and George Ward and their dog; at their home in Bird in Bush Road

From exploring the public Forces War Records, you can find that Charles, whose service number was 219863, was stationed in Crete before he was captured and sent to Stalag VIII-B.

Stefan, who works as an architect, said he also learnt that the camp was overrun by Soviet Russian forces in May 1945.

He said most of the British prisoners of war would have fled as the Soviets advanced, perhaps in such a hurry that Charles would have left the photos behind.

However, the military records show that he was formally reported missing on October 13, 1941.

There is also an unconfirmed note that Ward could have received a Star medal, which was awarded to all soldiers “if their service period was terminated by their death or disability due to service”.

Anyone who believes they may know a family connection to Charles Ward or his family can contact owen@www.newsatden.co.uk.