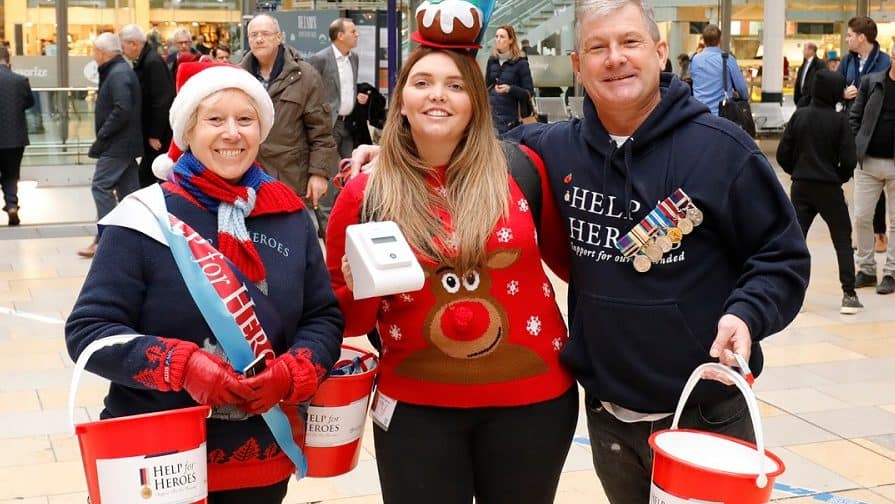 Help for Heroes volunteers pictured during a previous appeal

Help for Heroes, the charity which provides lifelong help to veterans and ex-service personnel, urgently need volunteers across Southwark.

On Wednesday, December 4 and Thursday, December 5, the charity will be holding collecting Christmas collections across London, including at London Bridge station.

But the charity needs volunteers to give up an hour or two to help collect money for wounded or sick veterans.

Paula Knott, a RAF veteran, will be volunteering on both says after sustaining a leg injury which saw her medically discharged from the air force.

“Almost 40,000 people have been medically discharged from the Armed Forces in the past twenty years, many of whom – like me – will have struggled to transition into civilian life,” she said.

“It’s not just that you’re suffering from mental or physical wounds but that, overnight, you lose your identity and self respect.” This year’s appeal, which coincides with International Volunteer Day on December 5, is the fourth time the charity will be having Christmas collections in TfL stations.

They have since become a major source of funding for the charity, and often feature appearances by the Invictus Choir, veterans, and charity mascot, Hero Bear.

Anyone who is interested in volunteering can register at collectforheroes.org.uk or contact the Help for Heroes Campaigns team on 0300 303 9888 or campaigns@helpforheroes.org.uk.

The full list of station’s where Help for Heroes appeals are taking place: